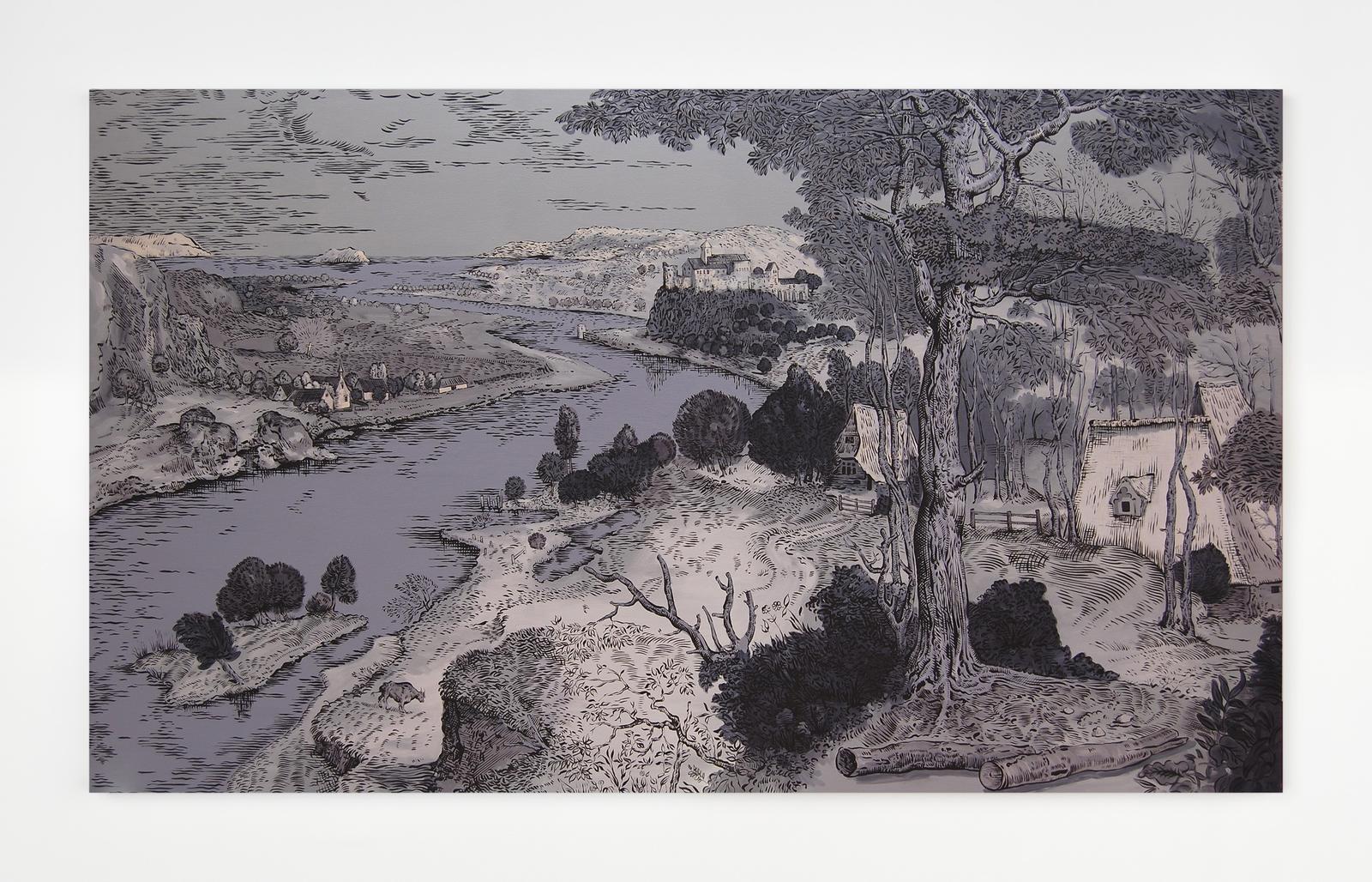 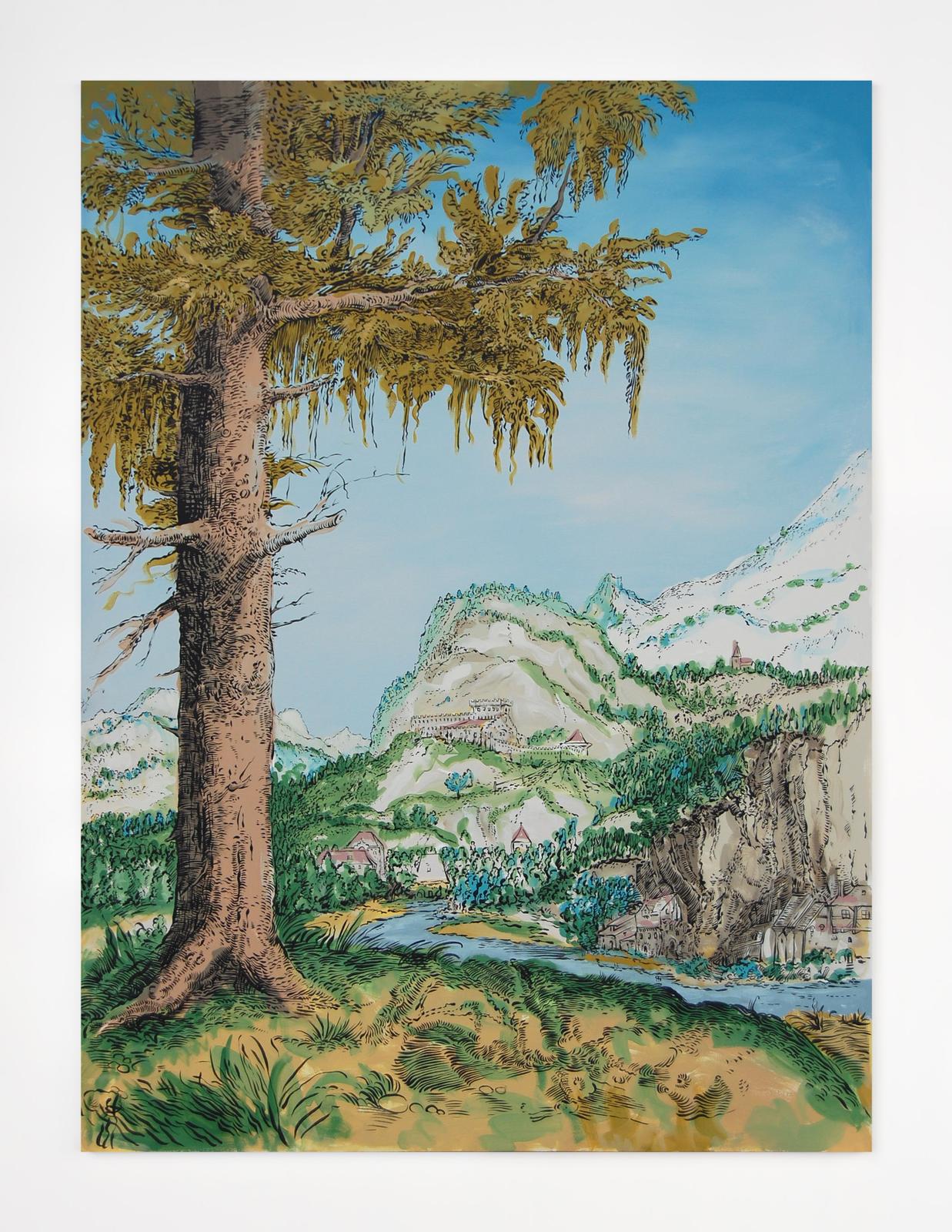 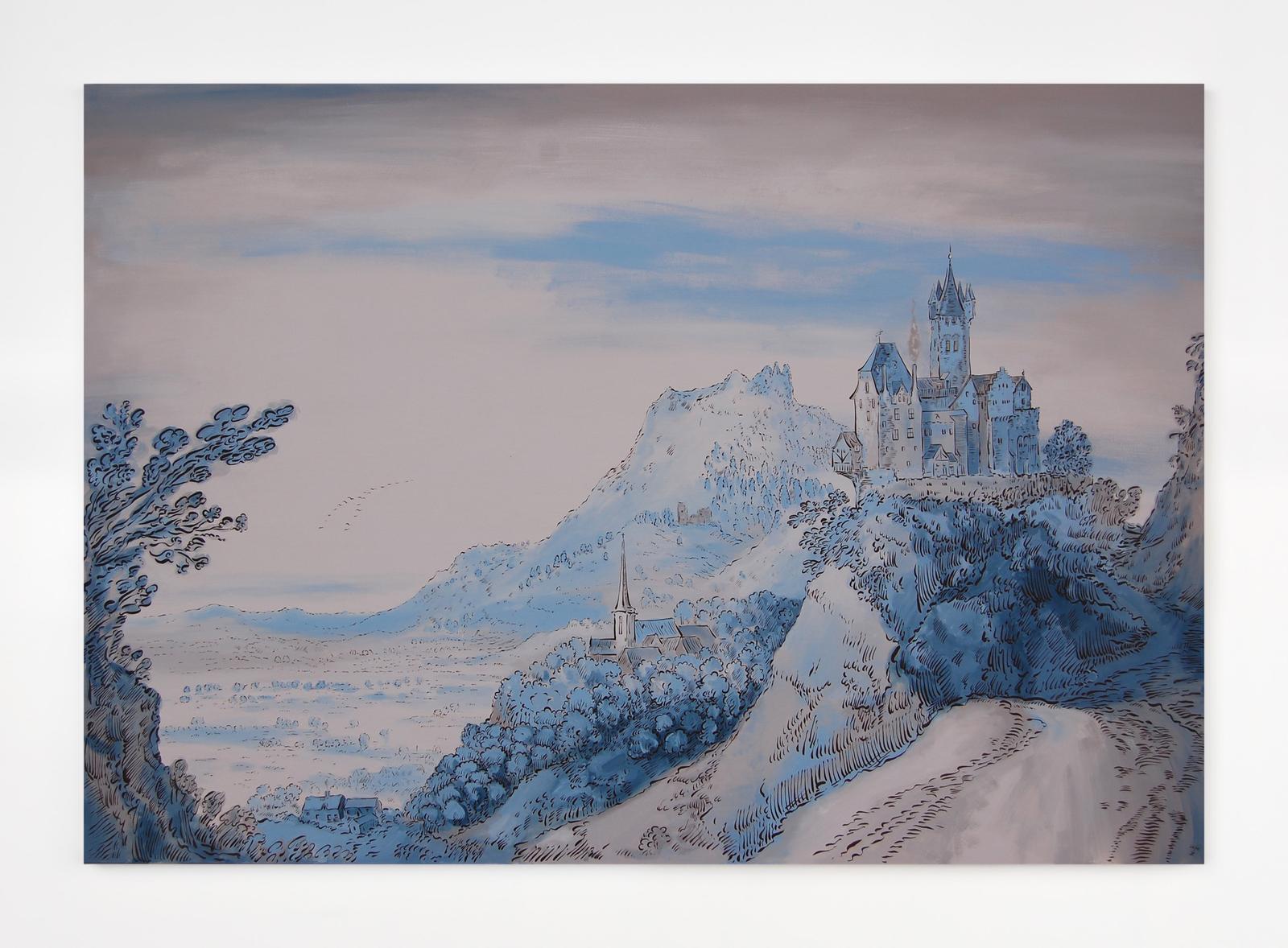 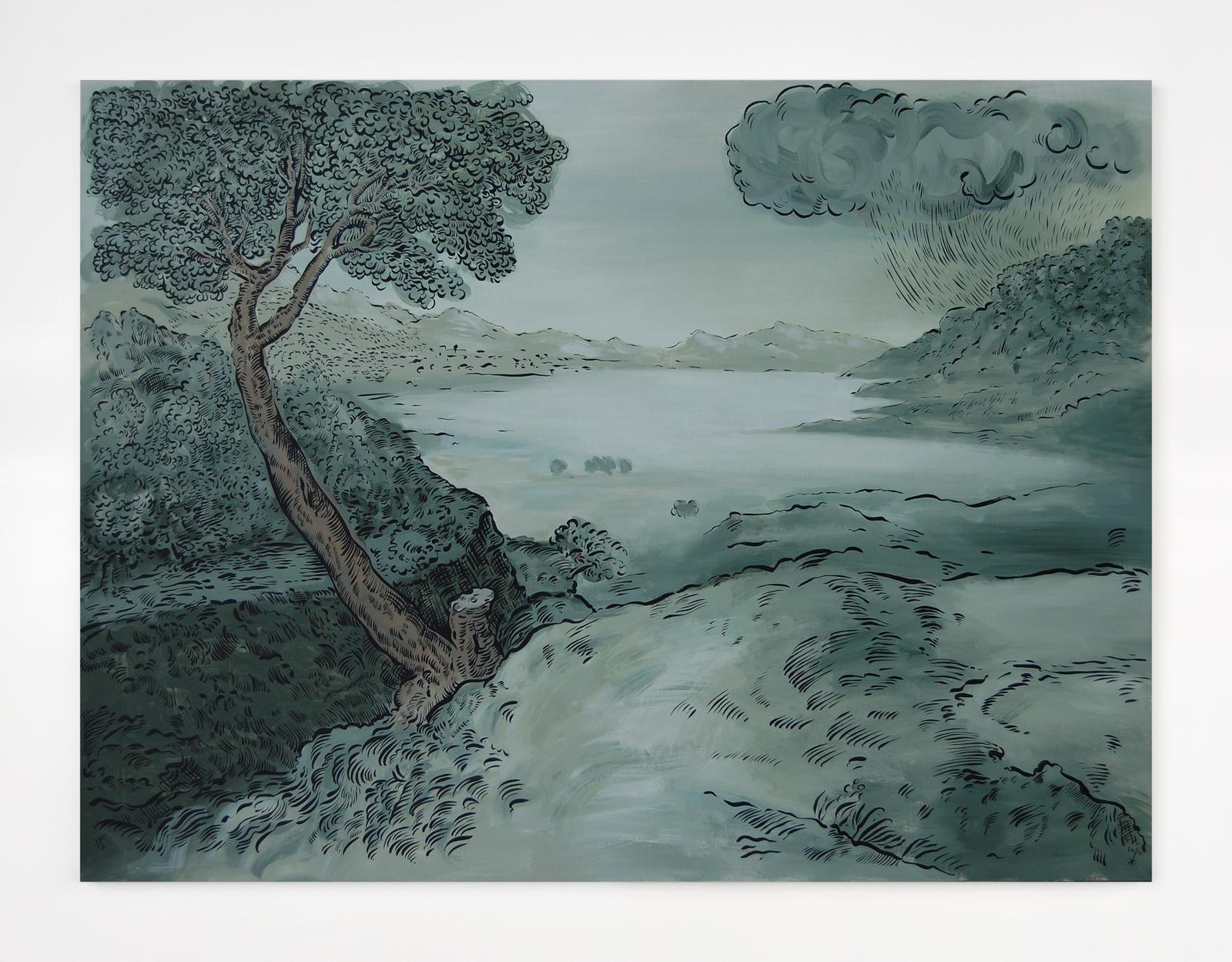 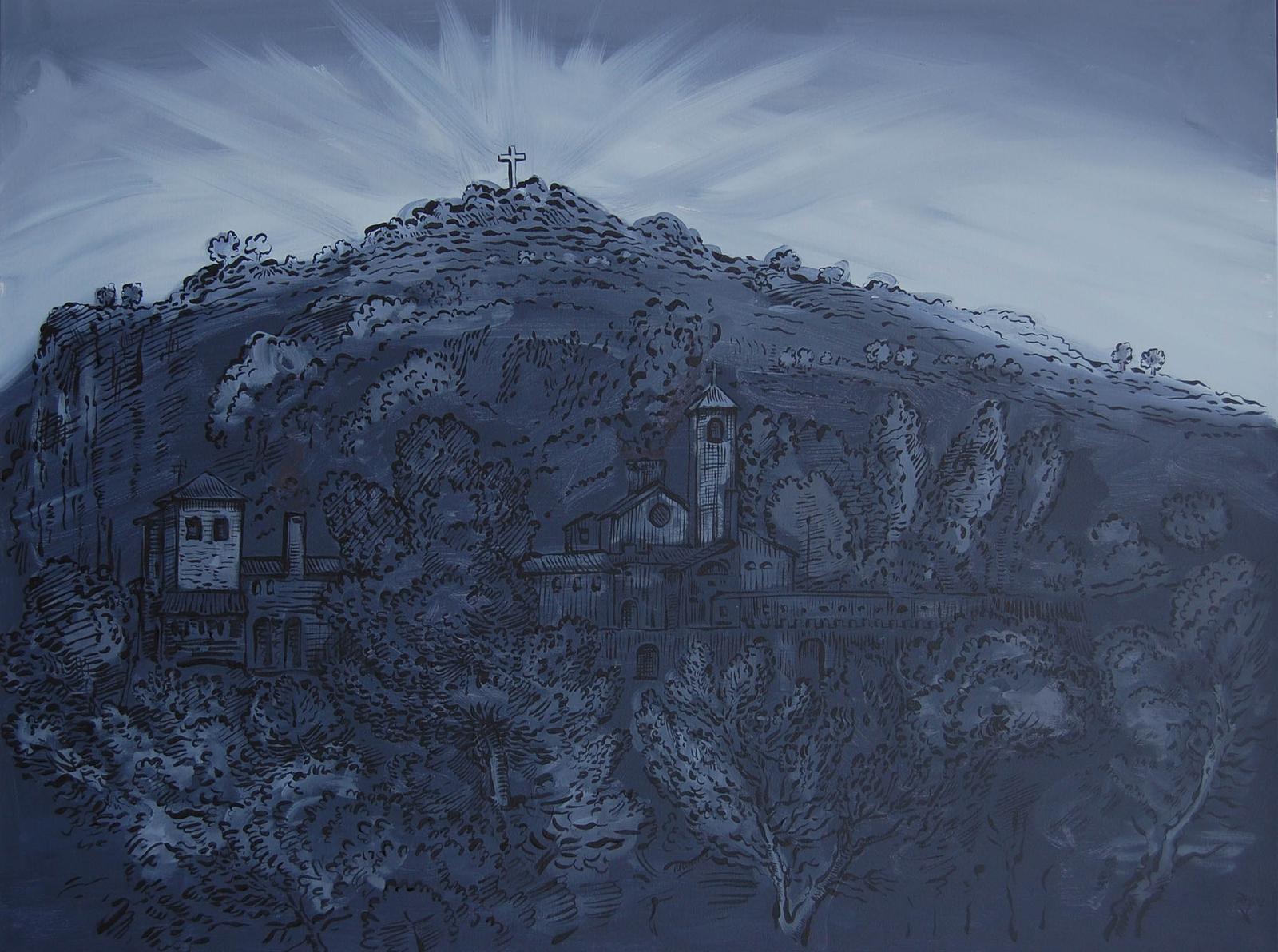 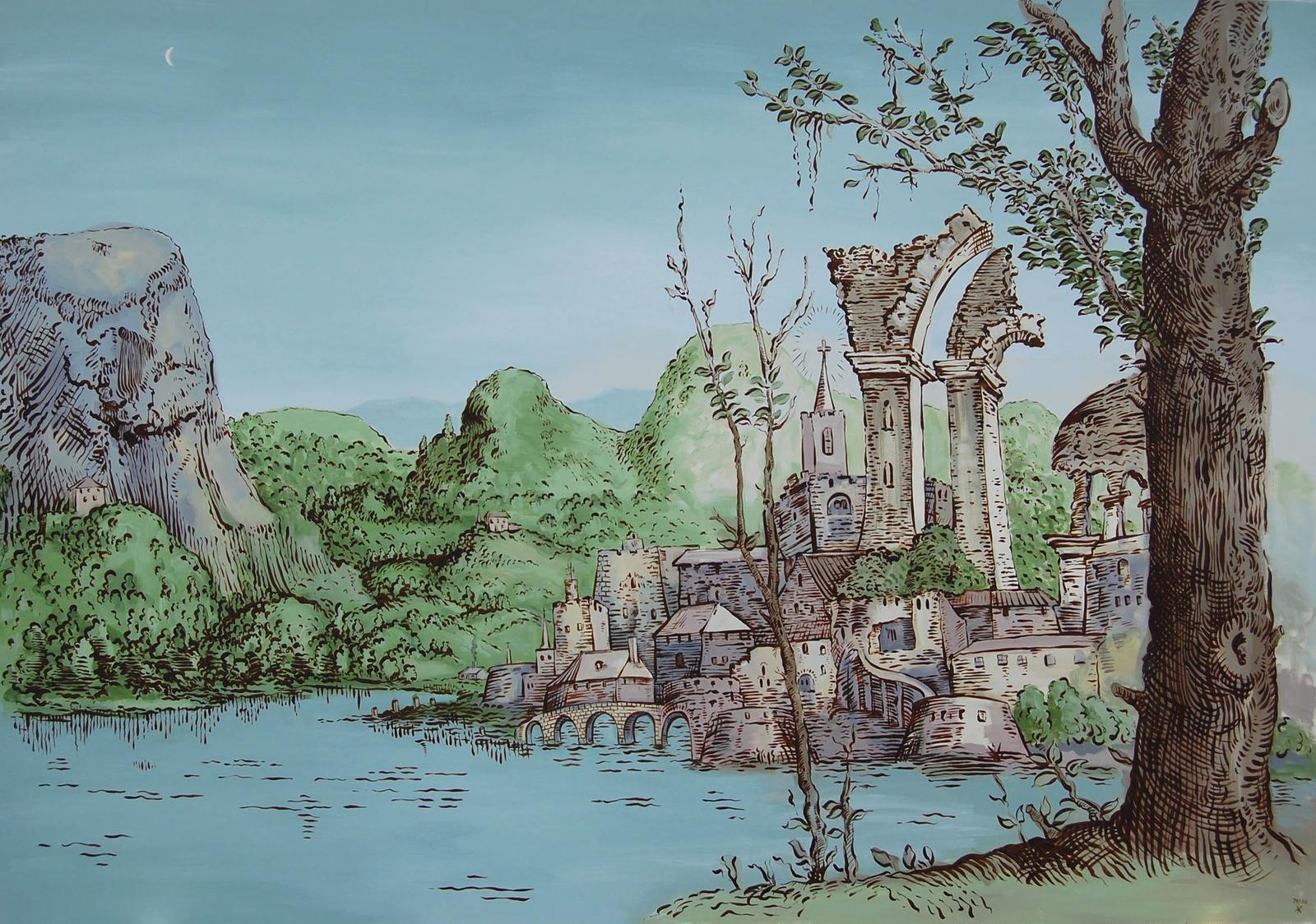 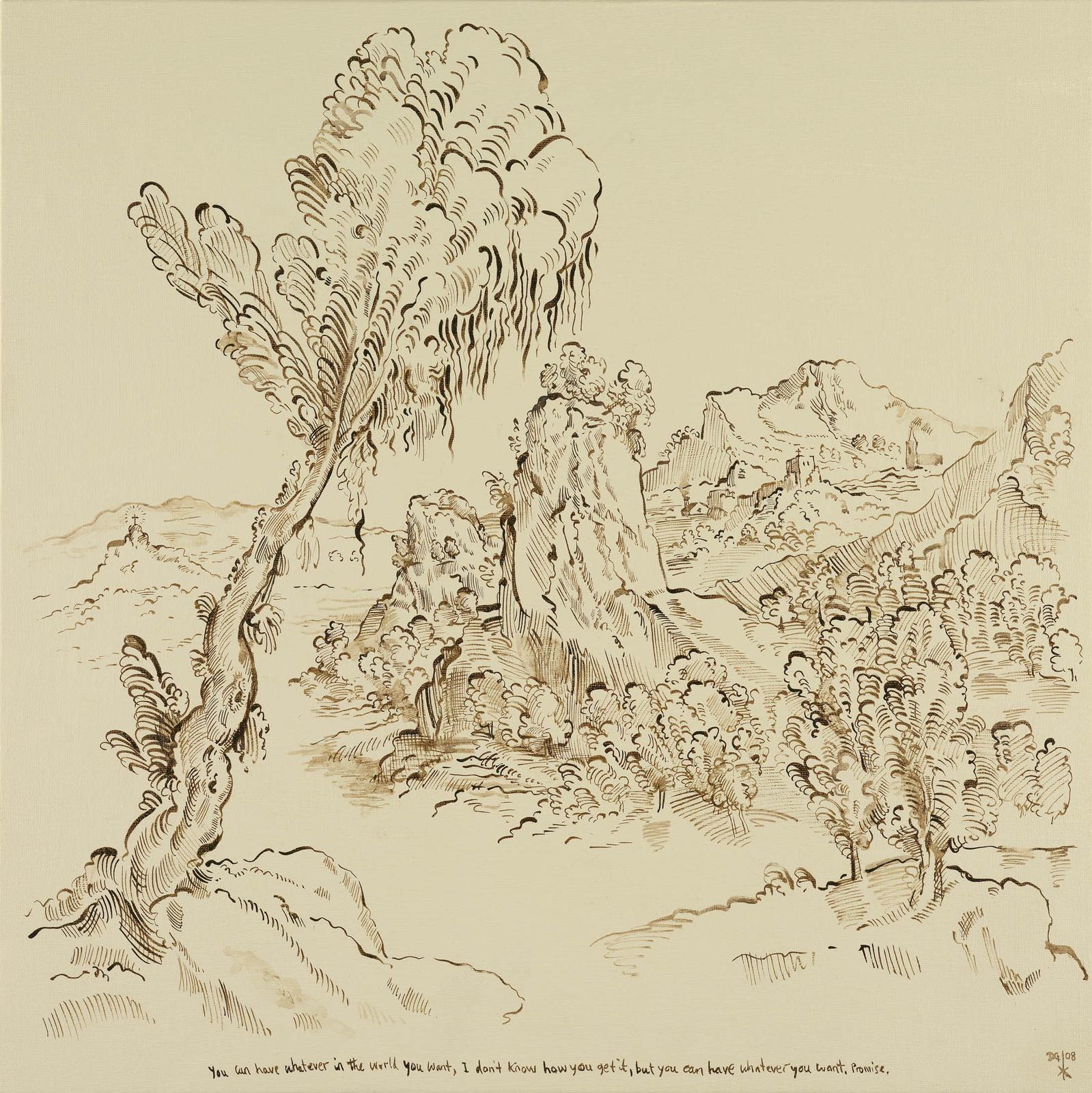 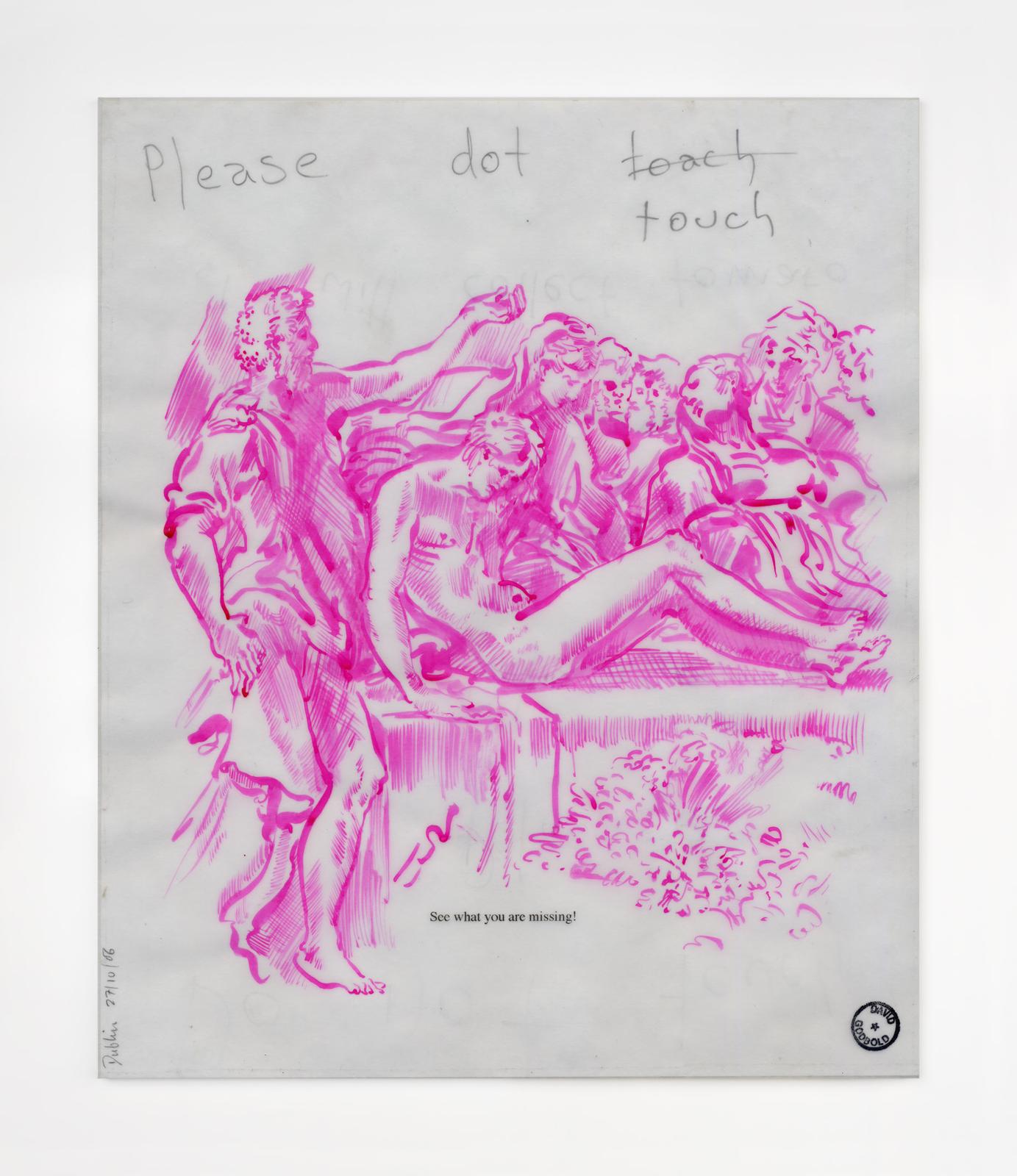 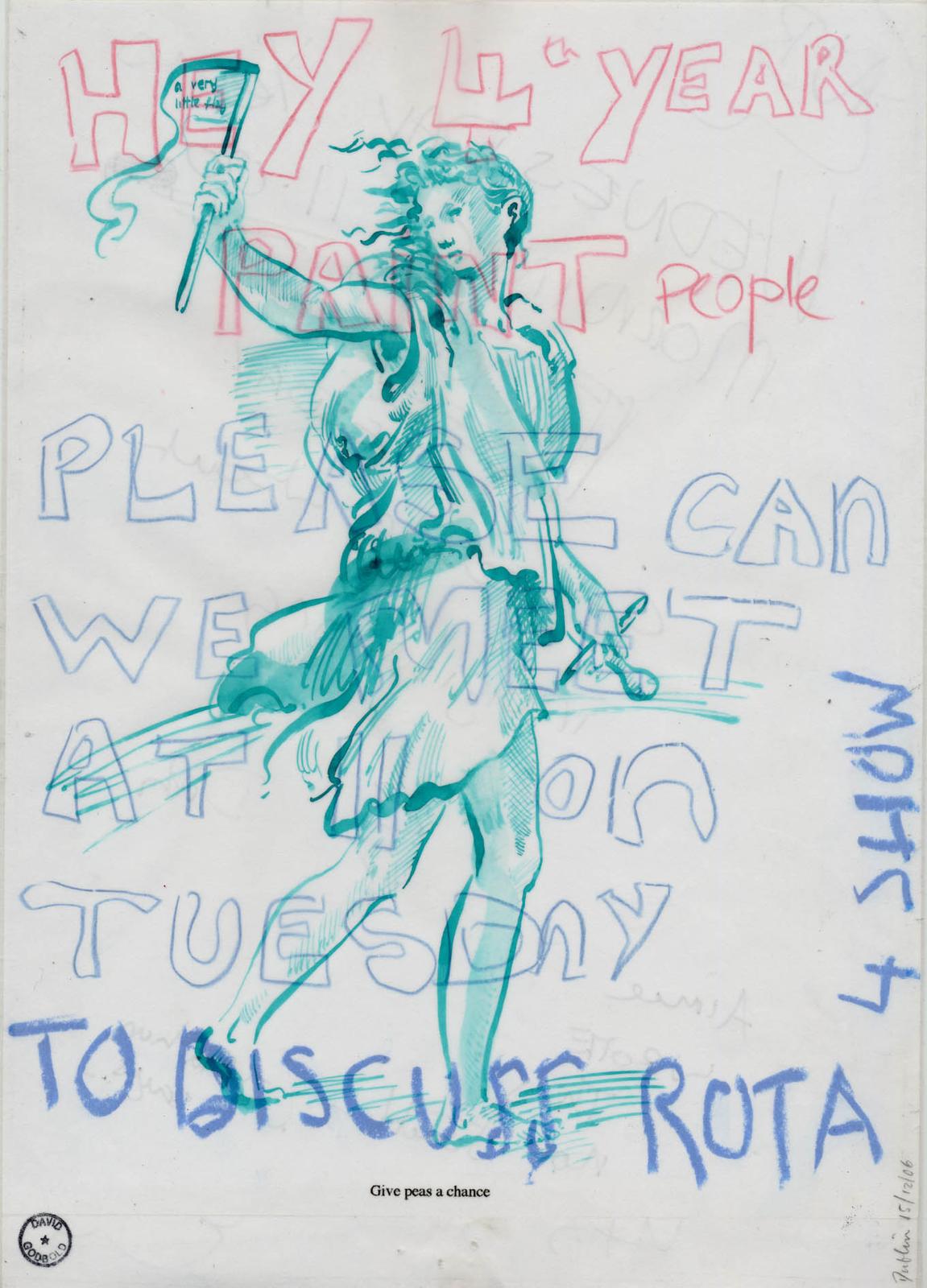 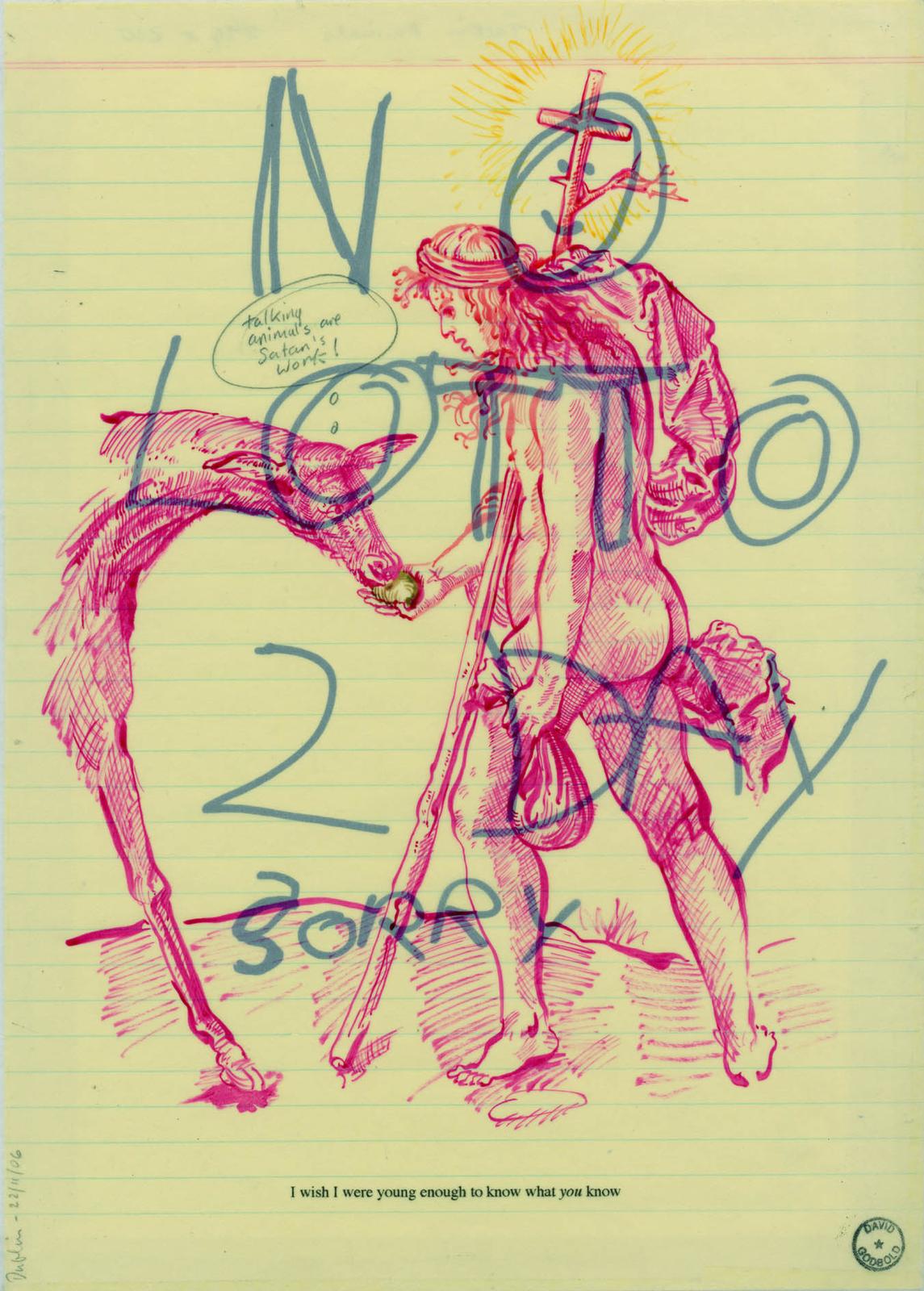 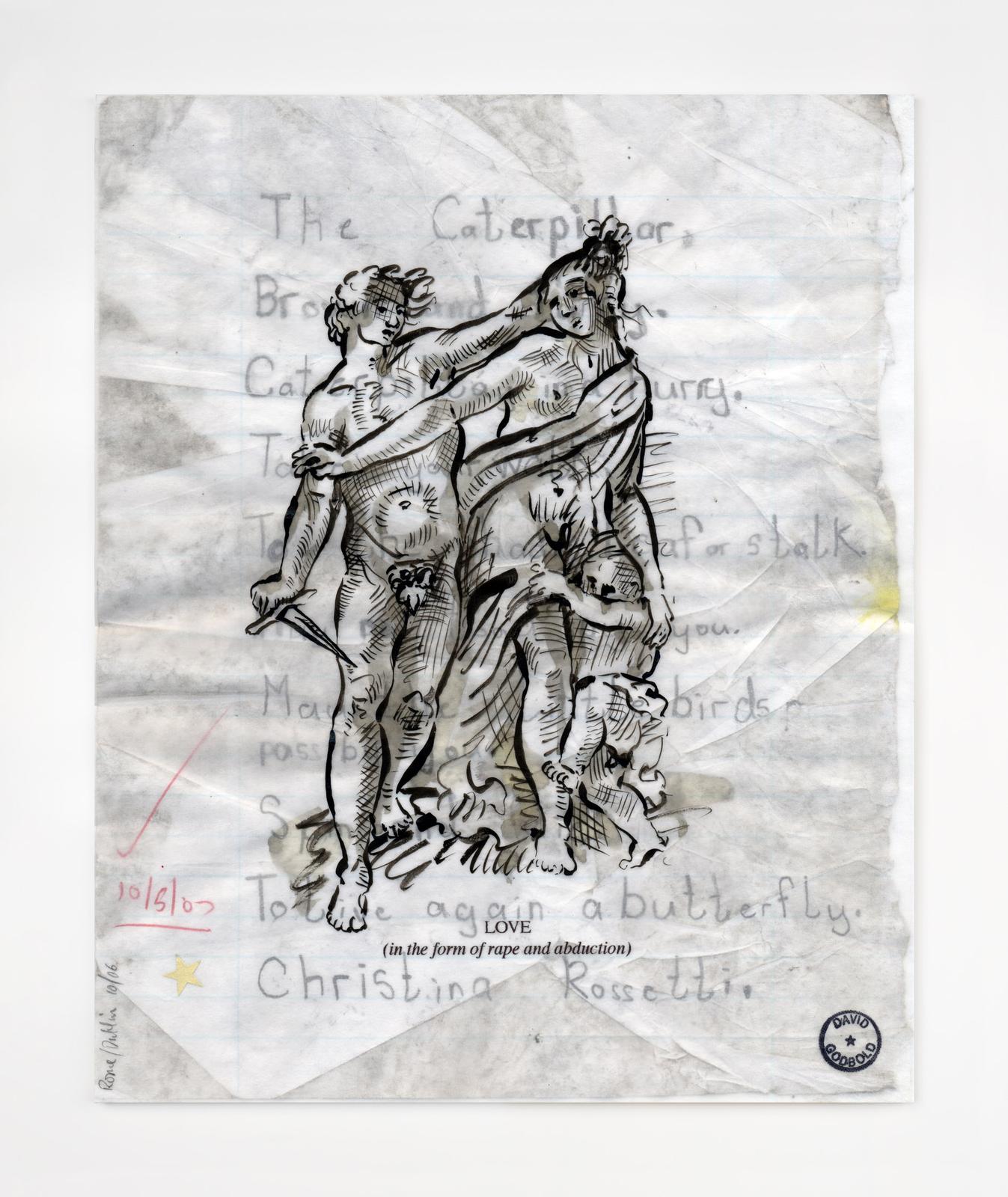 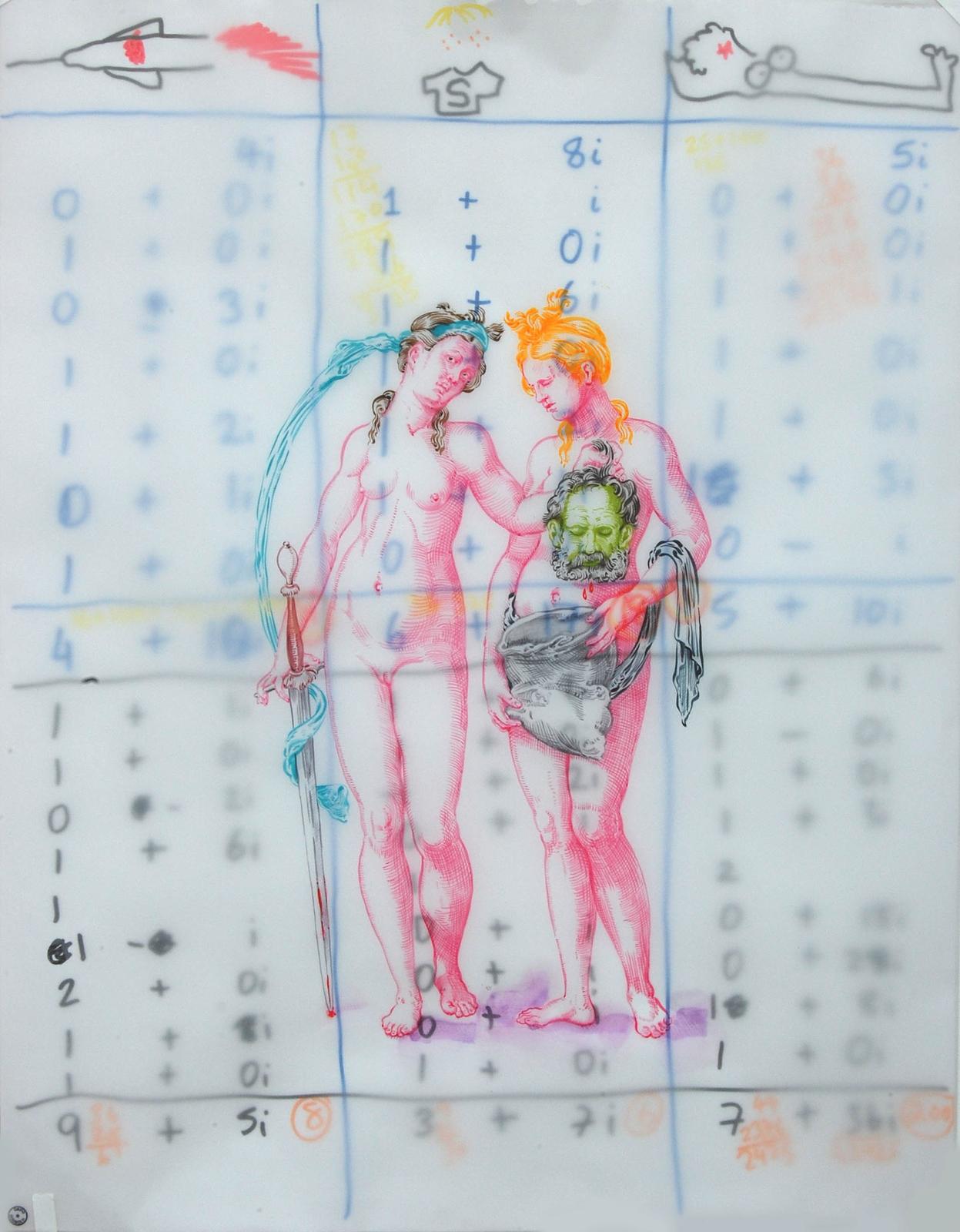 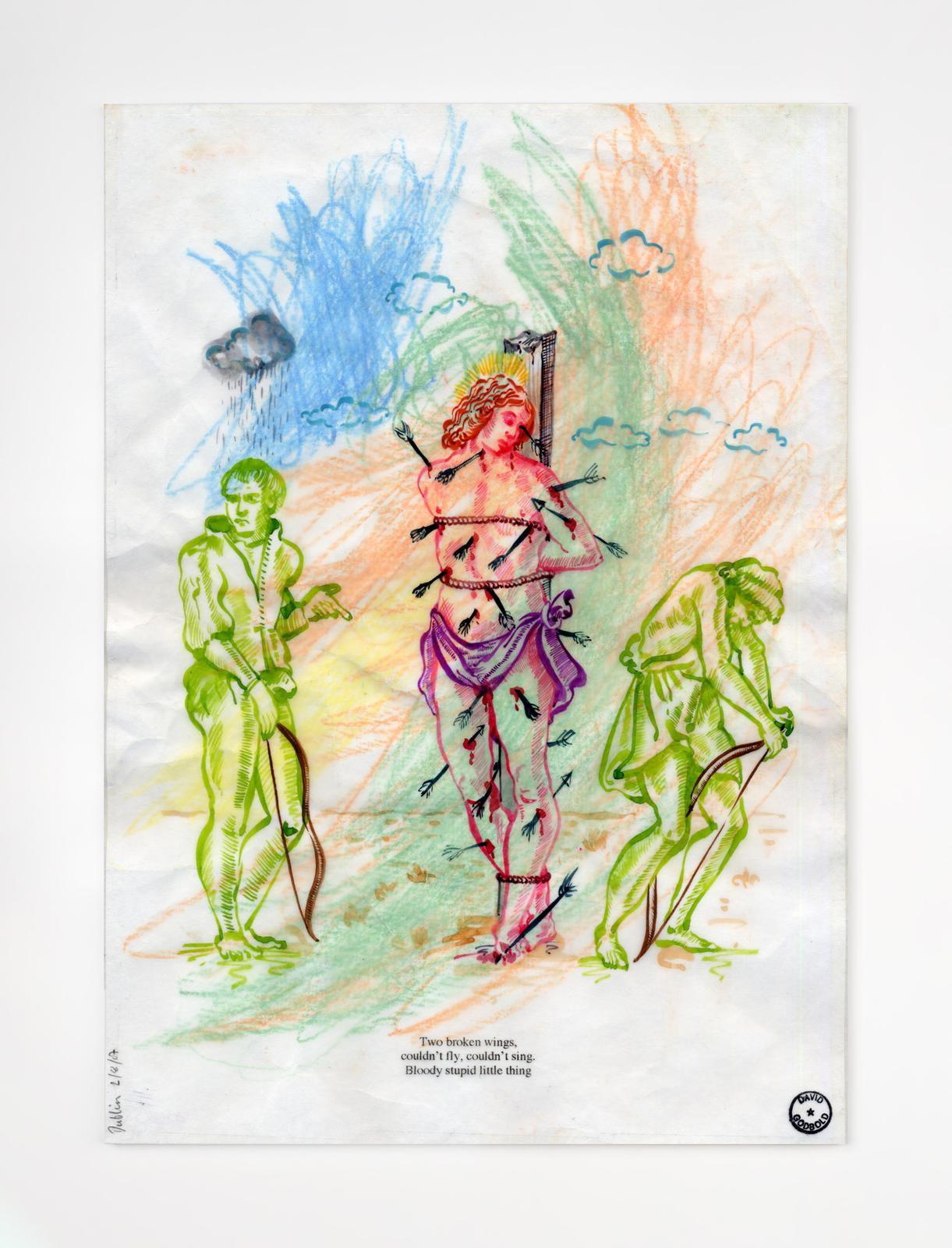 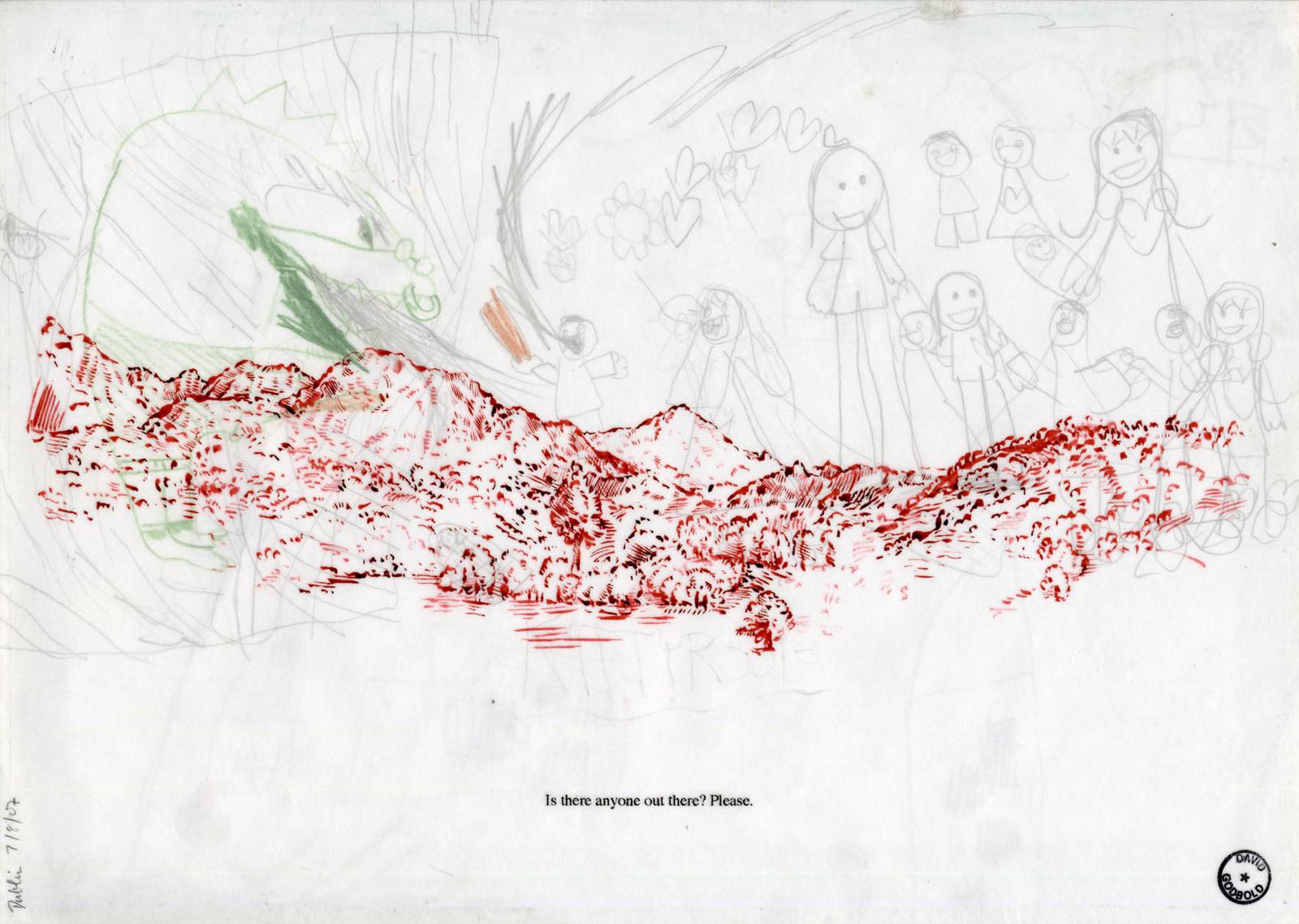 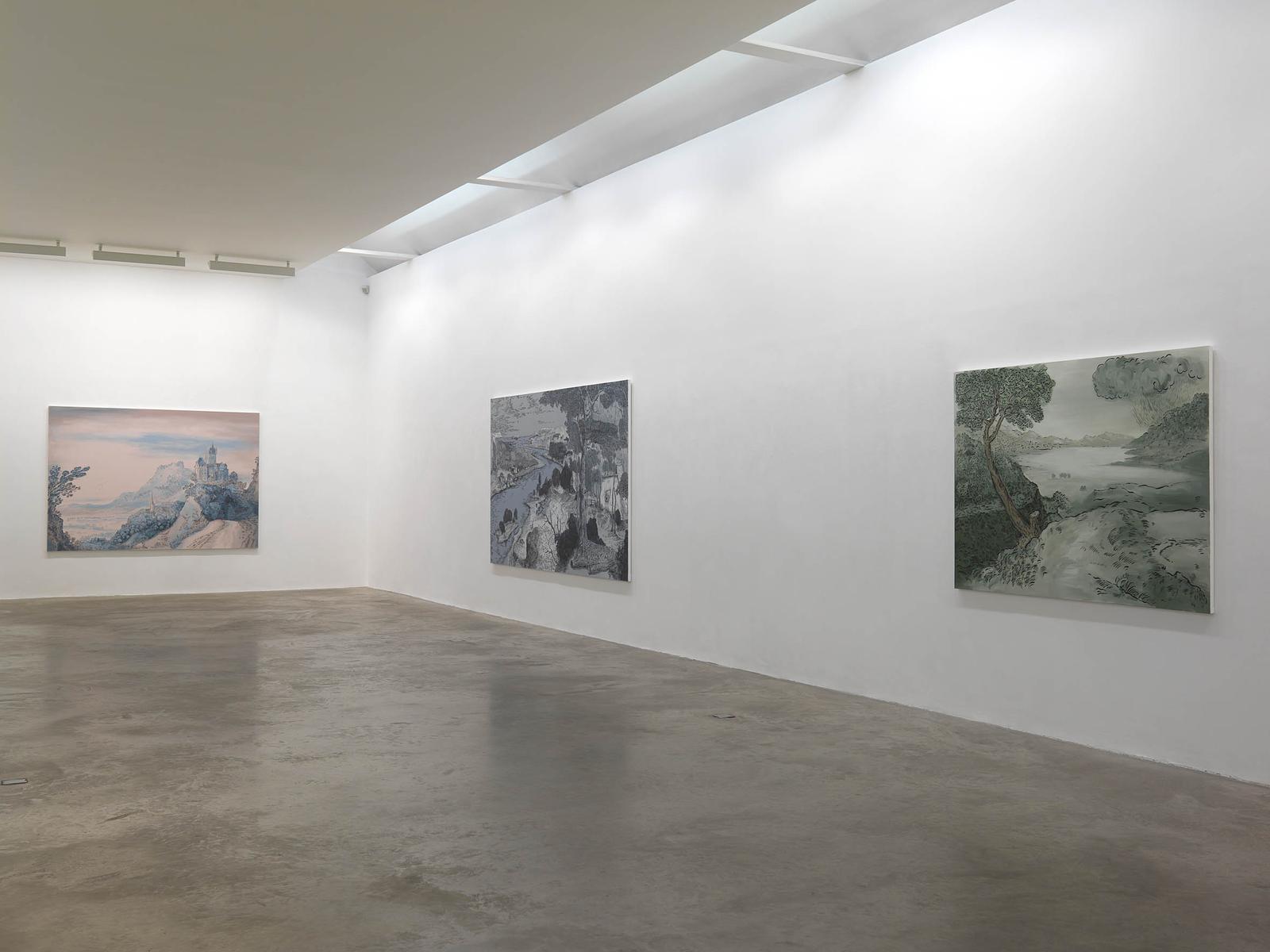 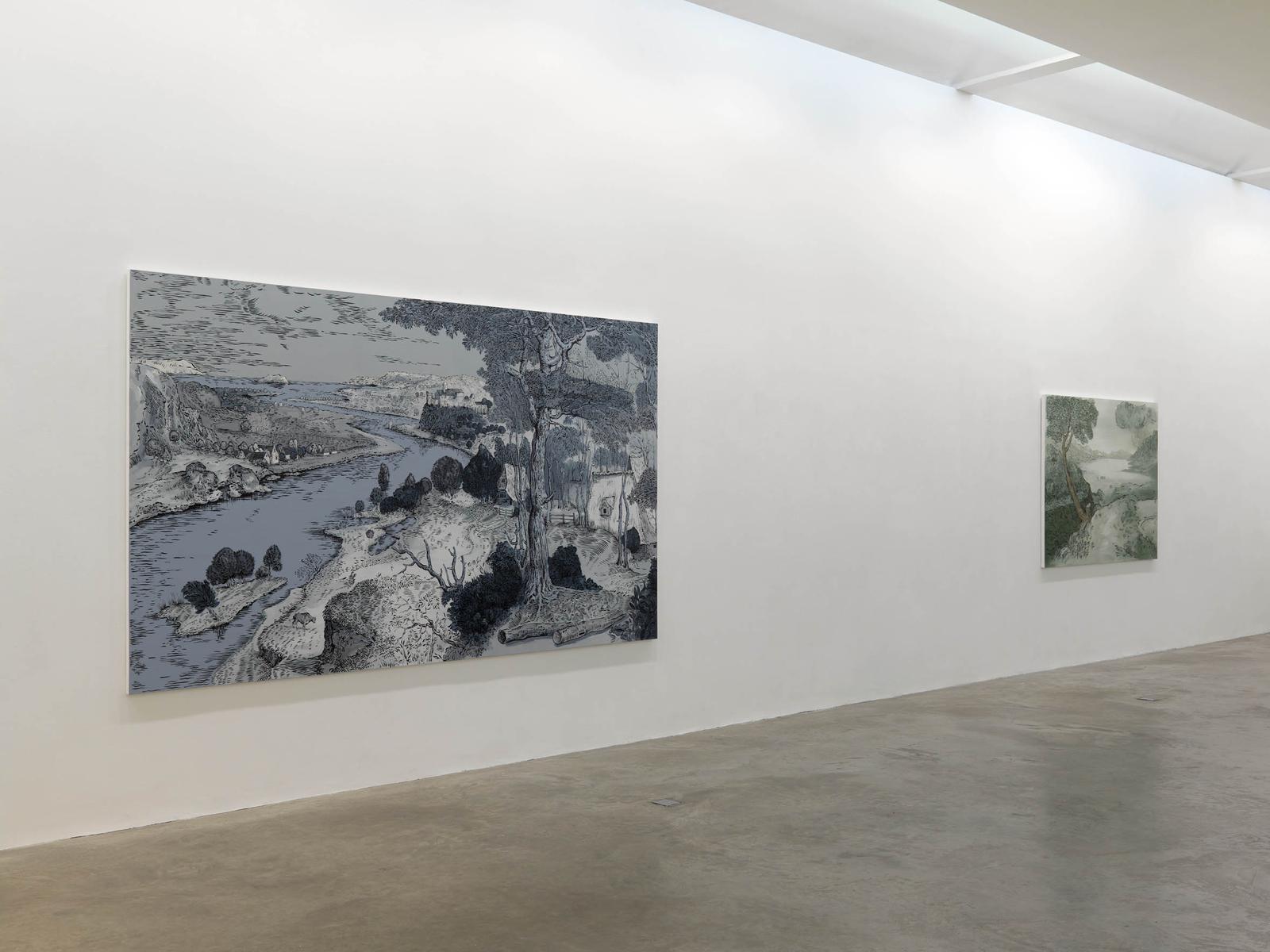 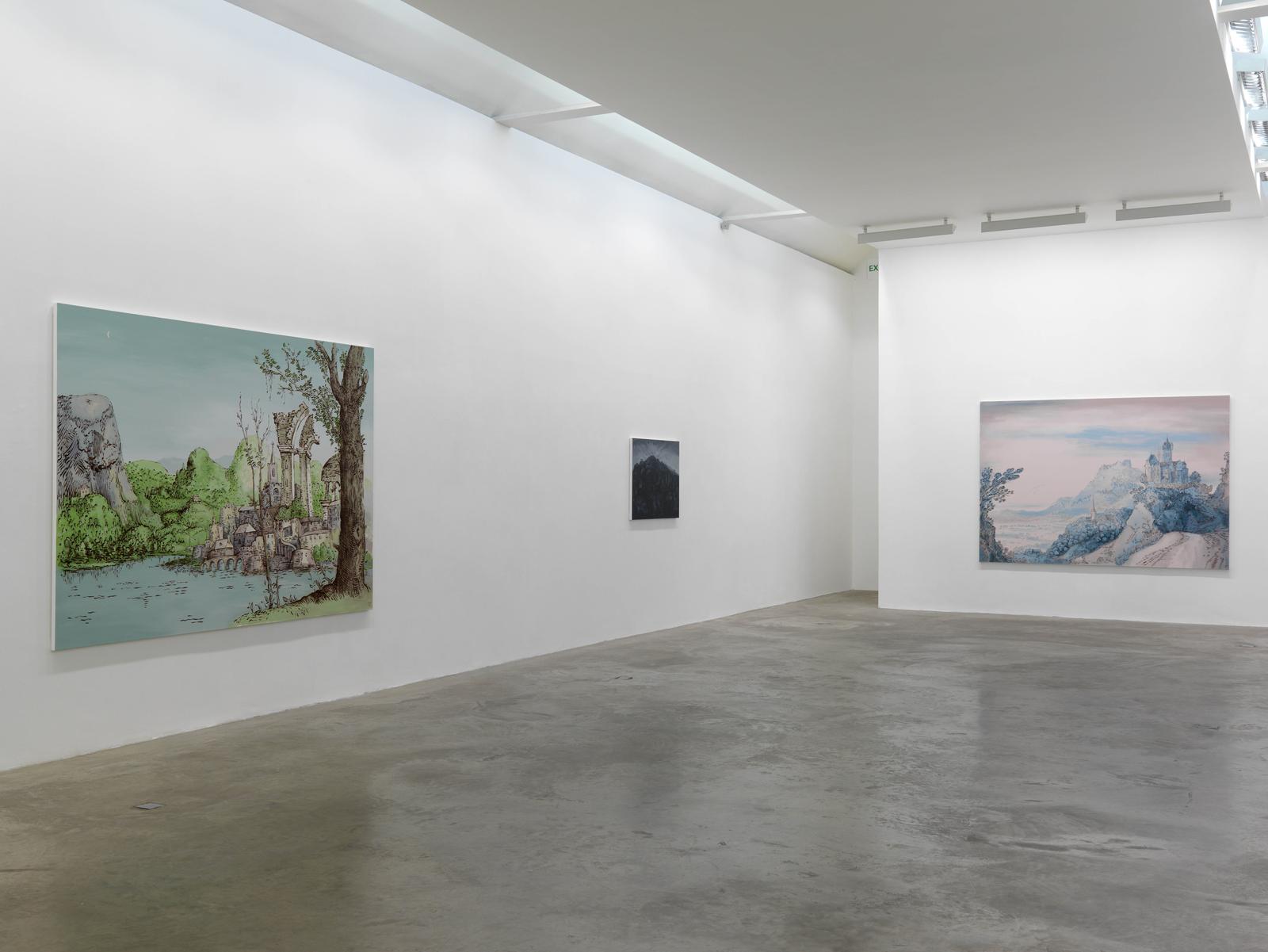 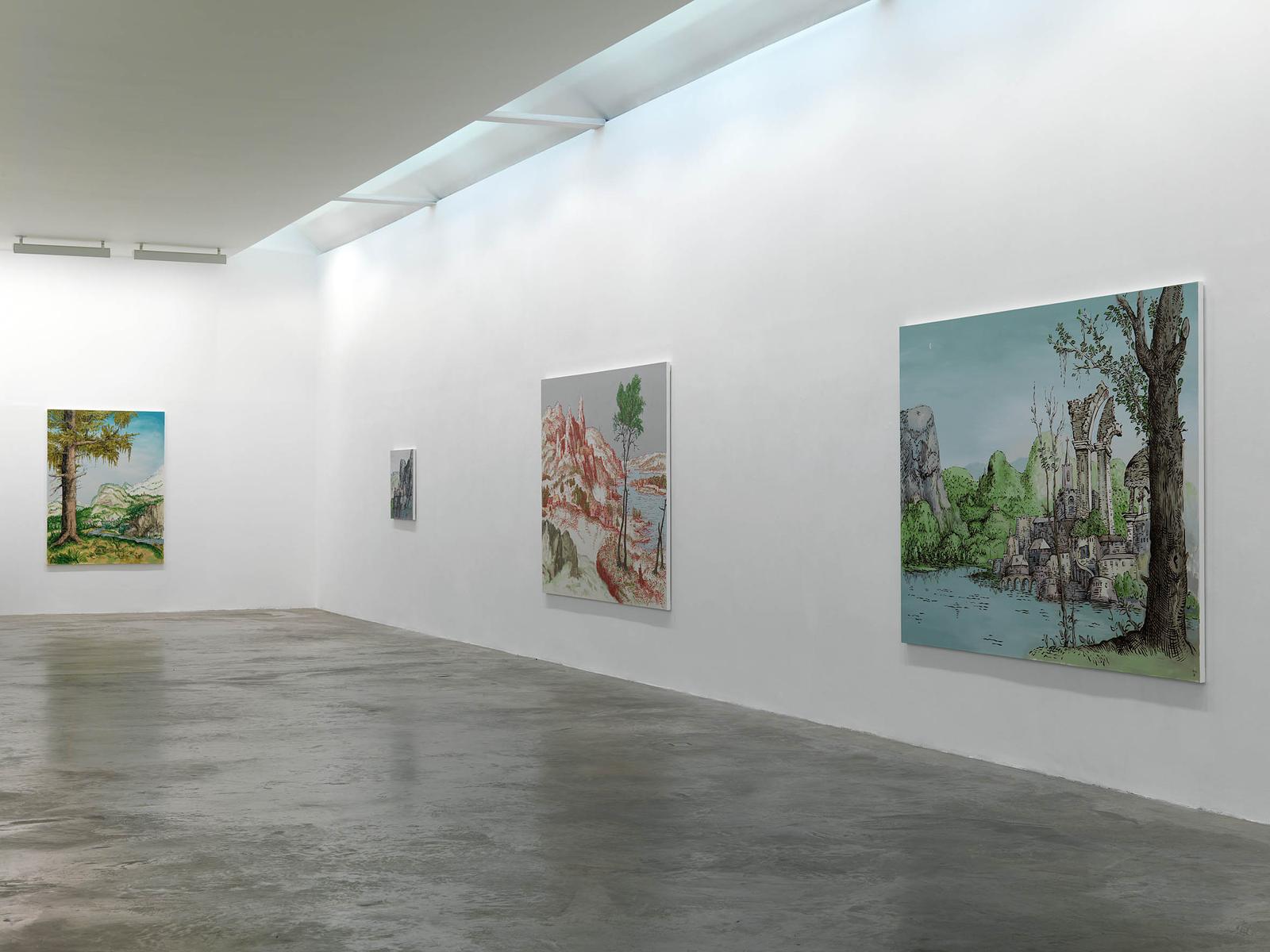 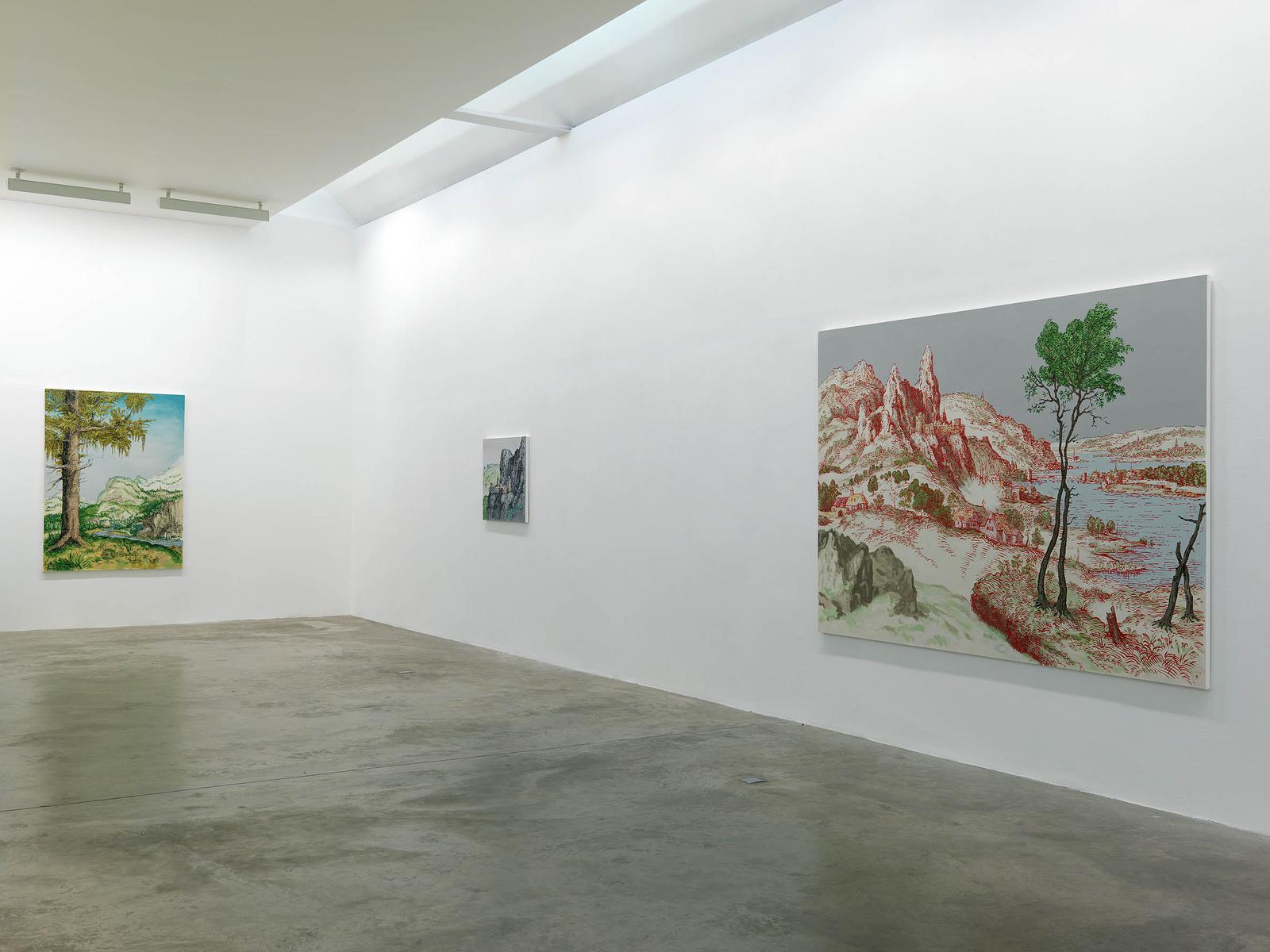 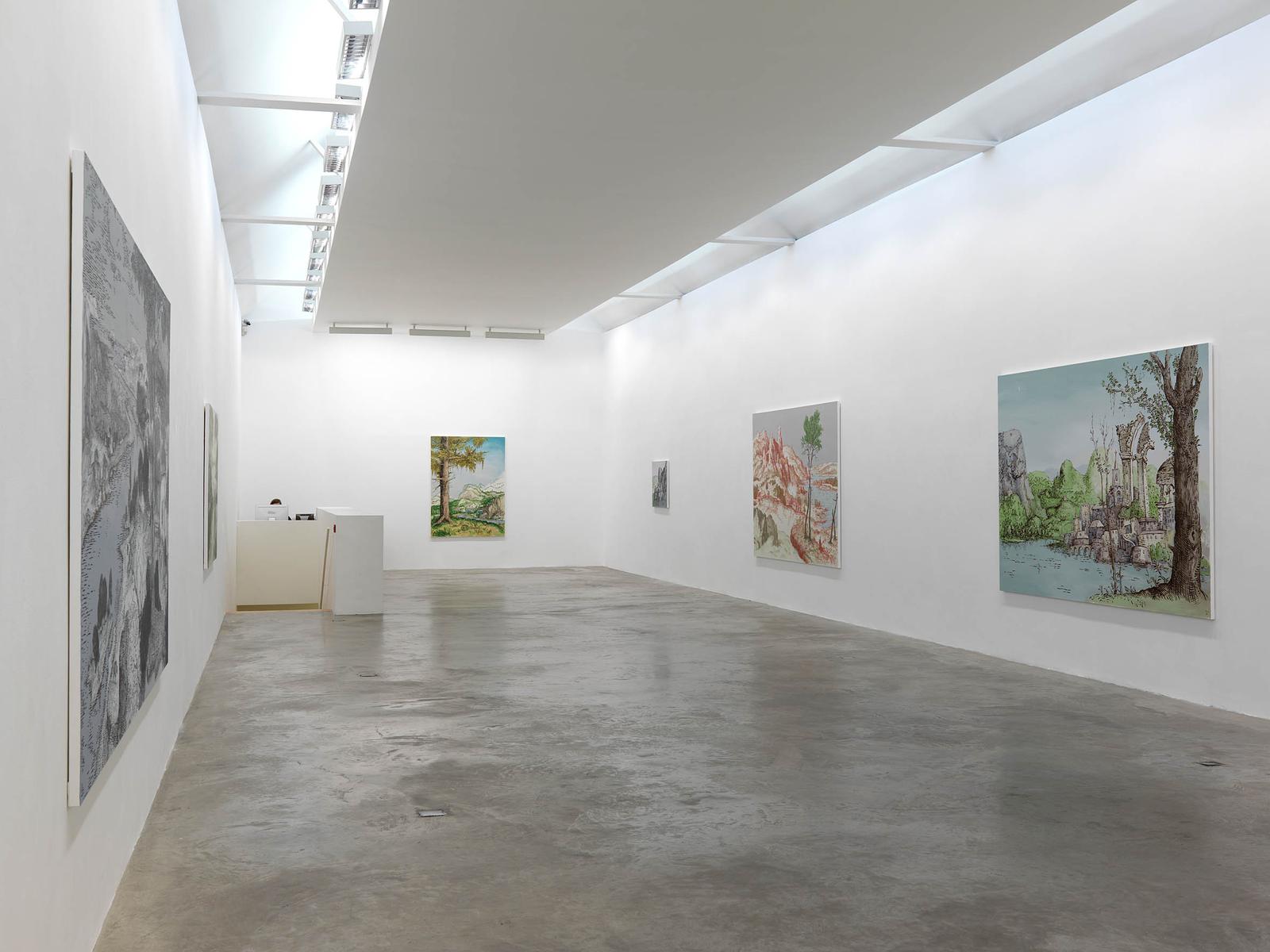 David Godbold
Art, Drugs and Prayer
Kerlin Gallery
12 September - 11 October 2008
Kerlin Gallery are delighted to present an exhibition of new works by David Godbold. This new body of work marks both a departure and a return in his practice. ‘Art, Drugs and Prayer’ predominantly manifests as paintings on canvas, rendered at a scale and form that Godbold has not engaged with since the early 1990s.  However, like most of his recent works ‘Art, Drugs and Prayer’ engages his diverse penchants for relatively obscure art history, philosophy and metaphysics. Indeed this body of work draws reference from the 19th century French poet, Charles Baudelaire, who considered it possible for the individual to escape from “…the grey flats of the everyday…” through to some form of ‘spiritual’ transcendence with the assistance of a combination of art, prayer and drugs.
For a number of years Godbold has been making large format wall drawings of mythic landscapes, loosely based upon the formulaic structures of works by little-known 16th and 17th century Belgium and Flemish artists such as the Van de Cock family and Joos de Mooper.  Godbold also draws equally from both high and low culture, noting that ironically, his paintings owe as much to the school of Rolf Harris, ‘Vision on’ or ‘painting by numbers’ as they do Joachim Patinir of Paul Bril.  These depictions of surnatural landscapes have inevitably mutated onto canvas. They fuse Godbold’s interest in the art historical structures of mimetics and more contemporary forms of the contrived notions of formulaic mass art depiction there by serving to further extend the artists dialogue with the viewer.
Godbold was educated at Goldsmith's College, London, and first came to prominence in the mid-1980s as one half of the duo Godbold & Wood.  Since moving to Ireland at the beginning of the 90's Godbold has continued to concentrate on the critical examination of the production, circulation and reception of visual imagery in both 'high' and 'low' culture. His work in a variety of media invariably involves a complex process of quotation and re-grafting of disparately sourced imagery to produce witty, irreverent and iconoclastic commentaries on a range of topics.
David Godbold has exhibited widely and has had solo shows in Ireland, Britain, Italy, Australia, Belgium and the USA. He participated in the highly acclaimed 'Clockworks' - a PS1/MoMA International Studio Programme Exhibition at The Clocktower Gallery, New York, in 2000 and the residency at the British School in Rome, 2002.   He is represented in the collections of Trinity College, Dublin, the Irish Museum of Modern Art, Dublin; Citi Bank, USA, The Gemeente Museum Helmond, Netherlands and in many private and public collections throughout Europe, Australia and the USA.