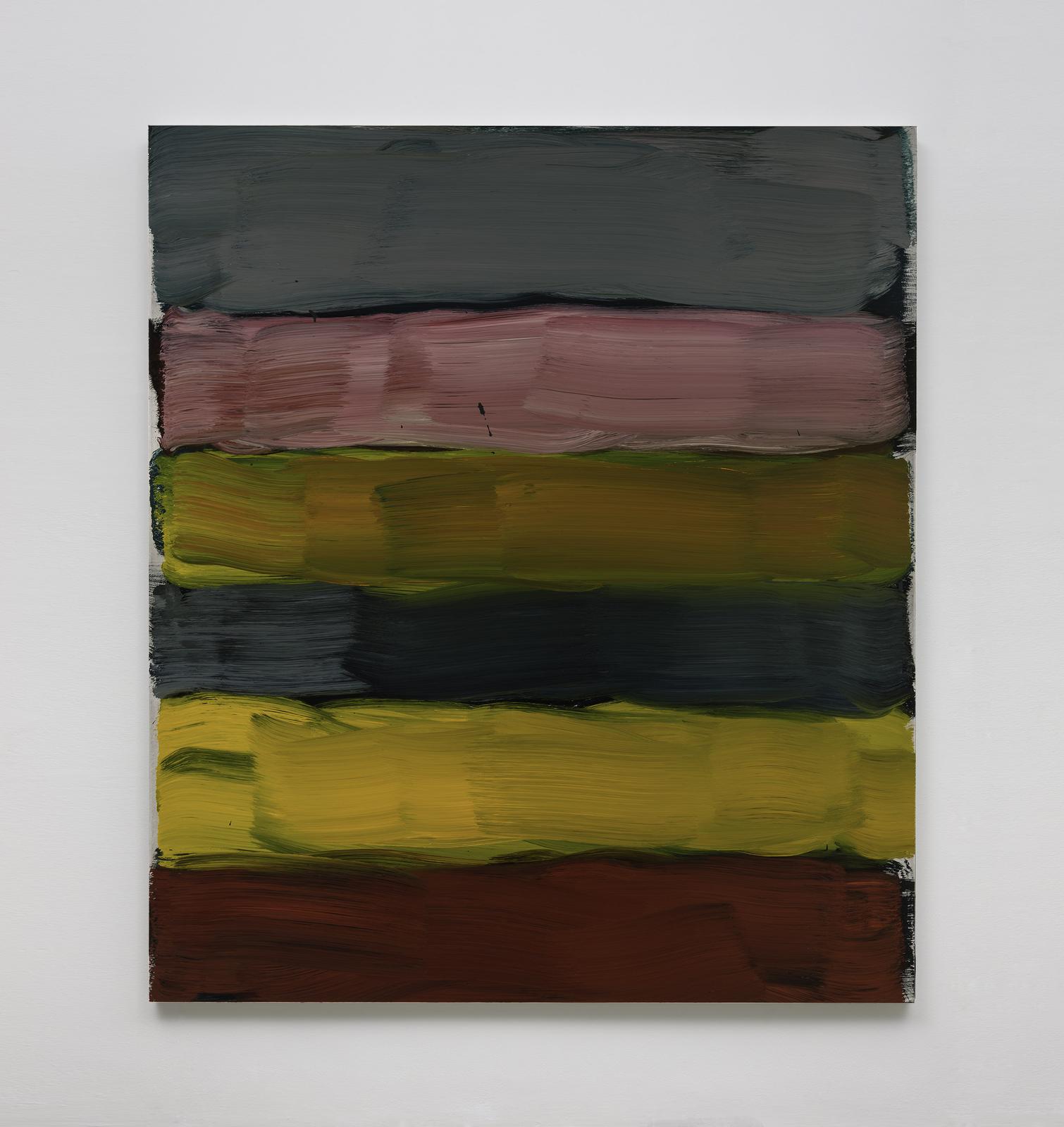 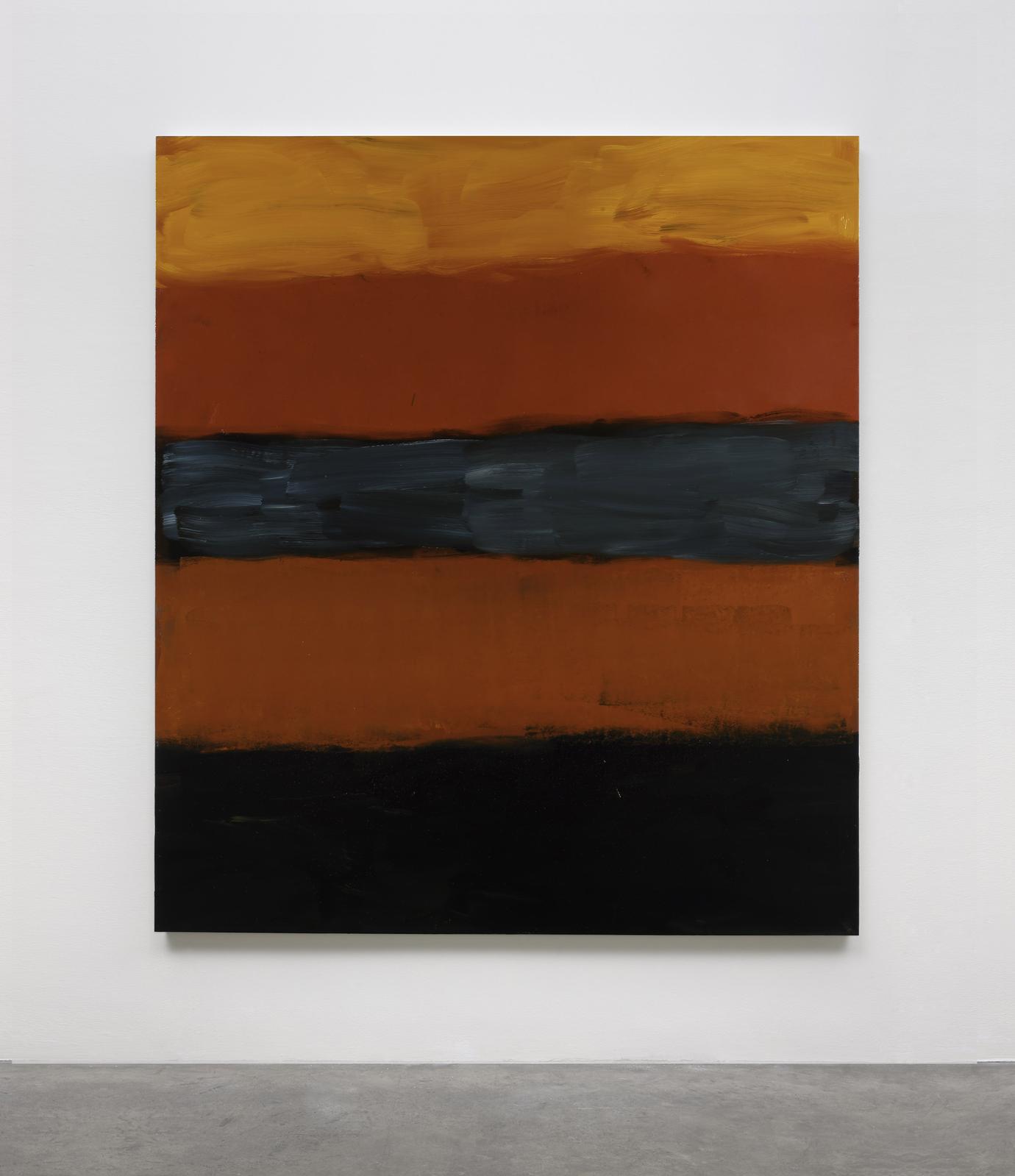 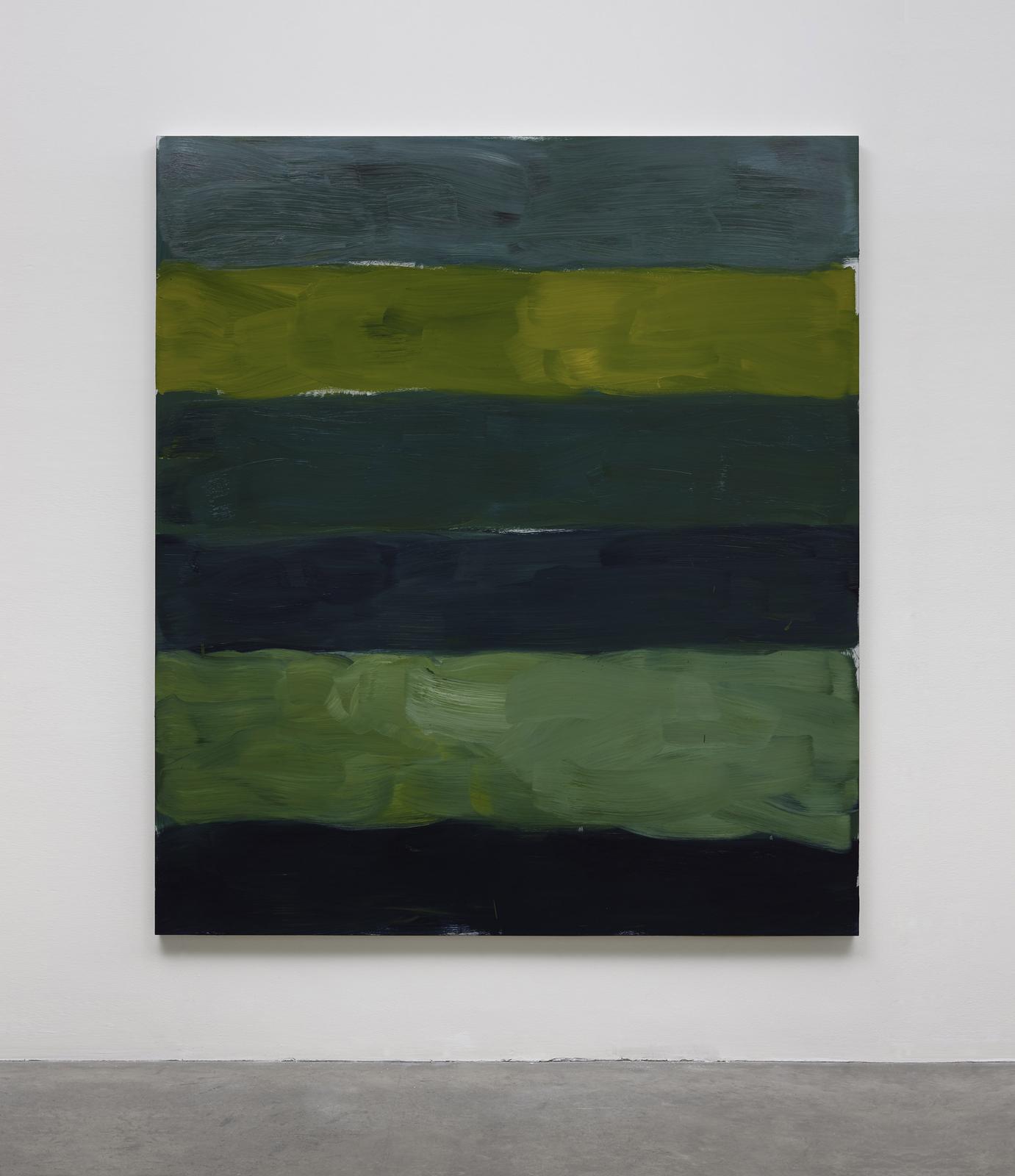 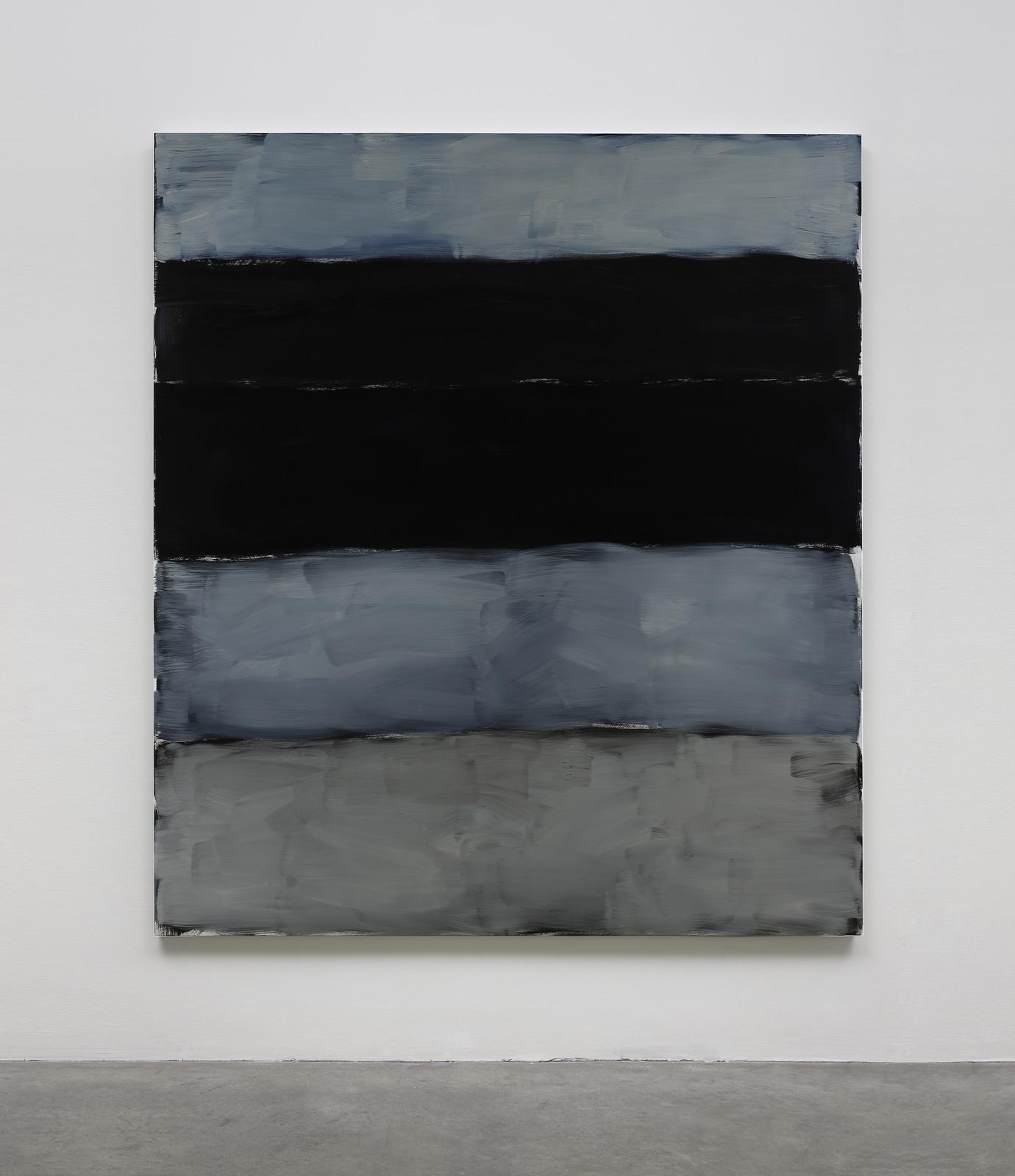 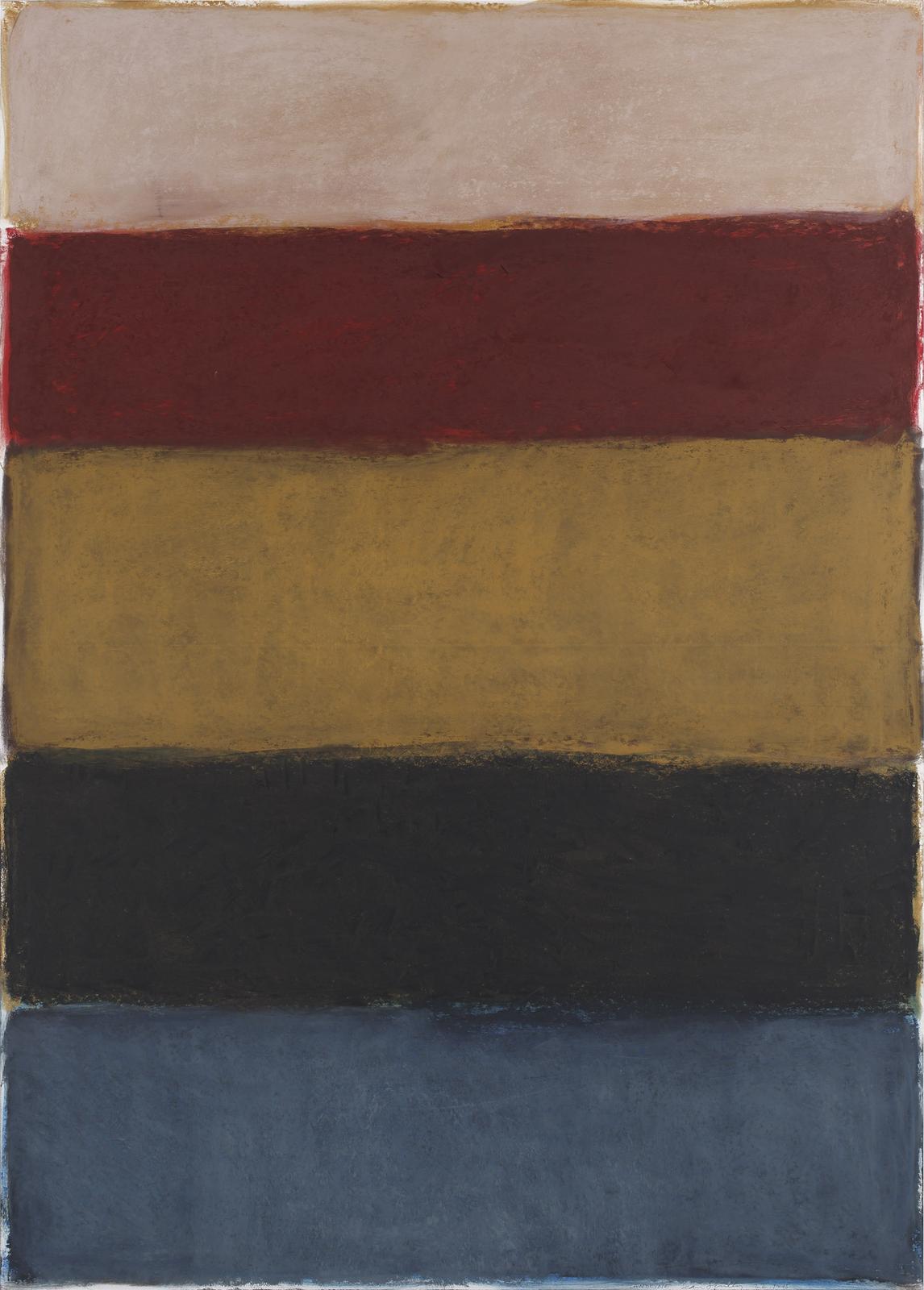 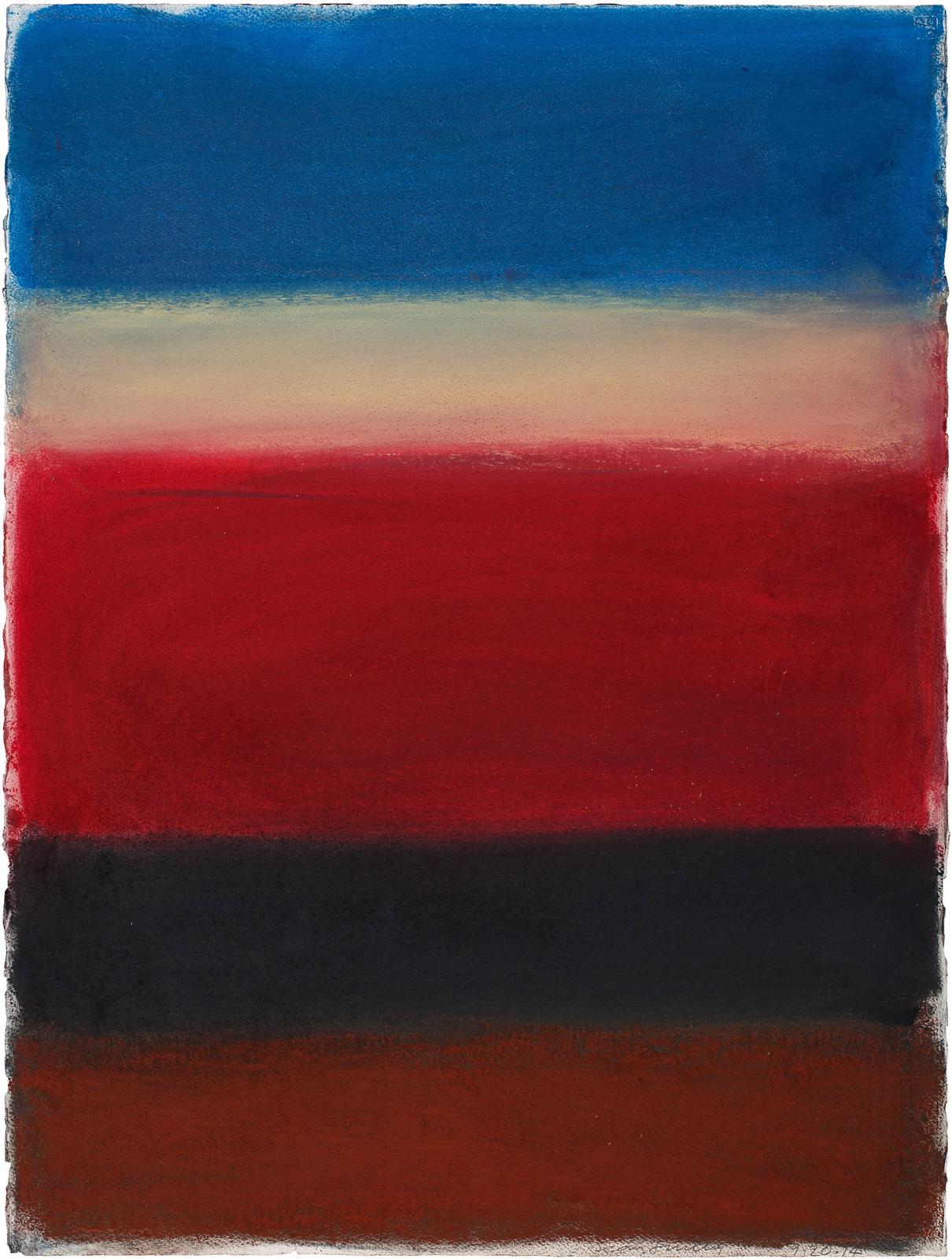 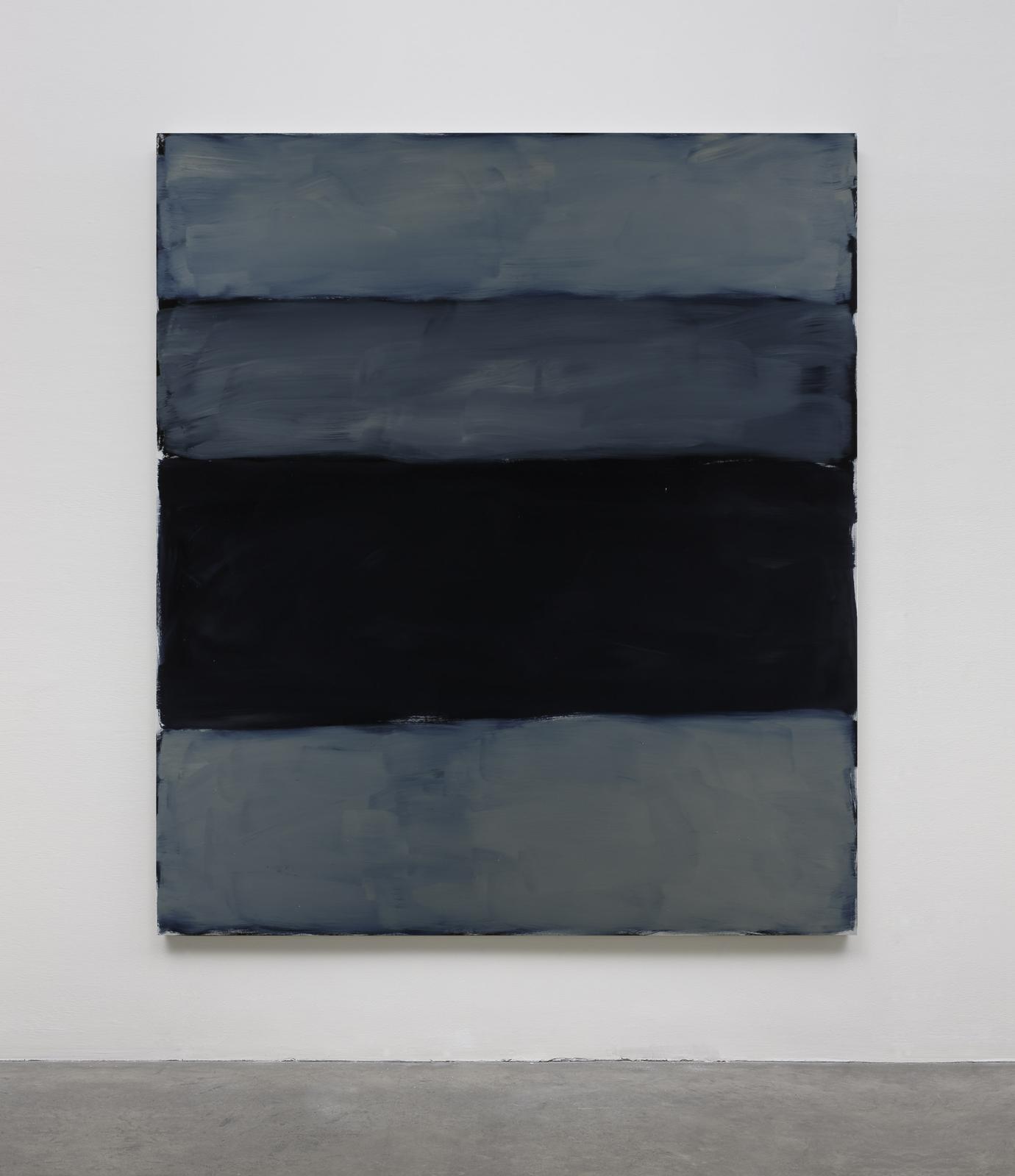 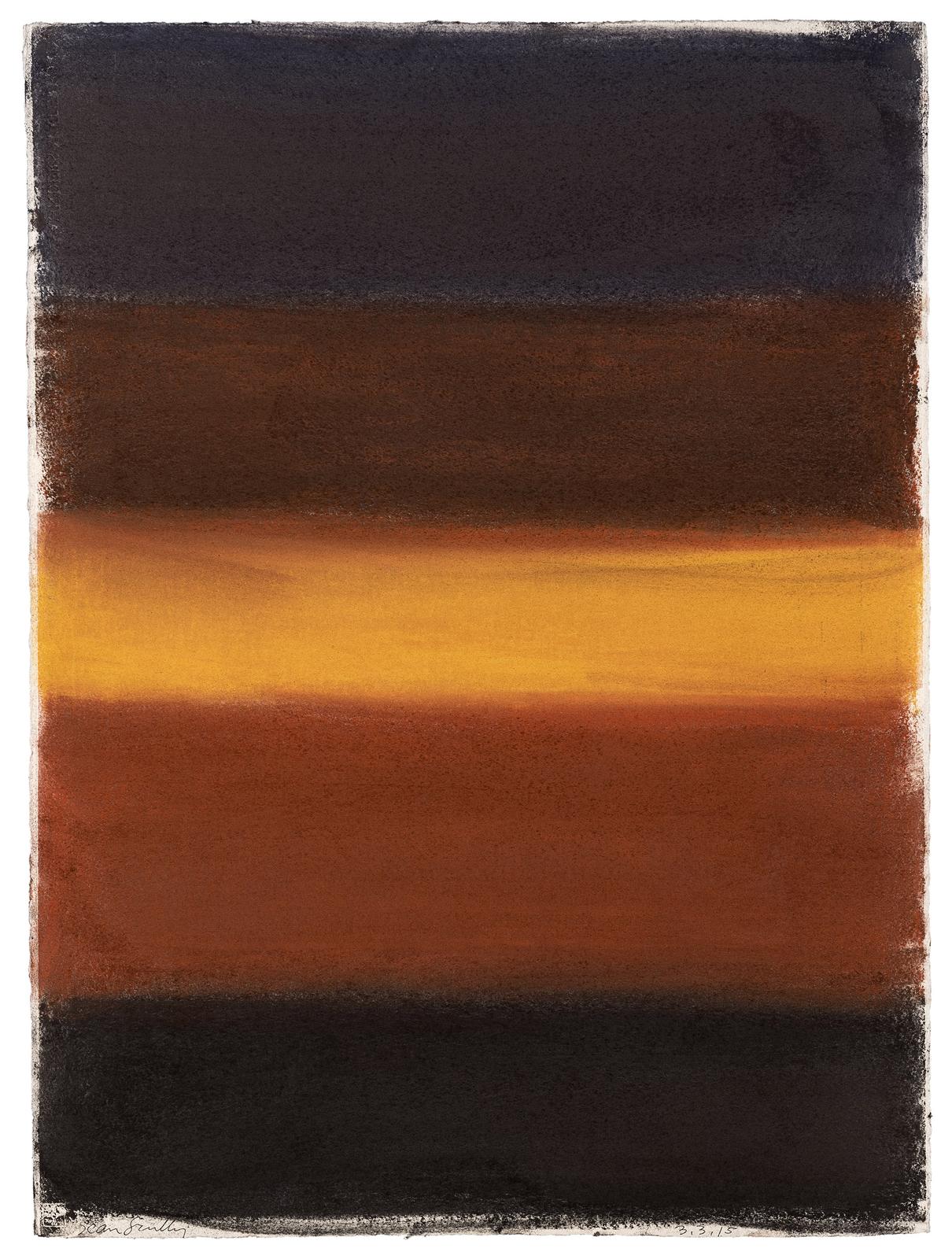 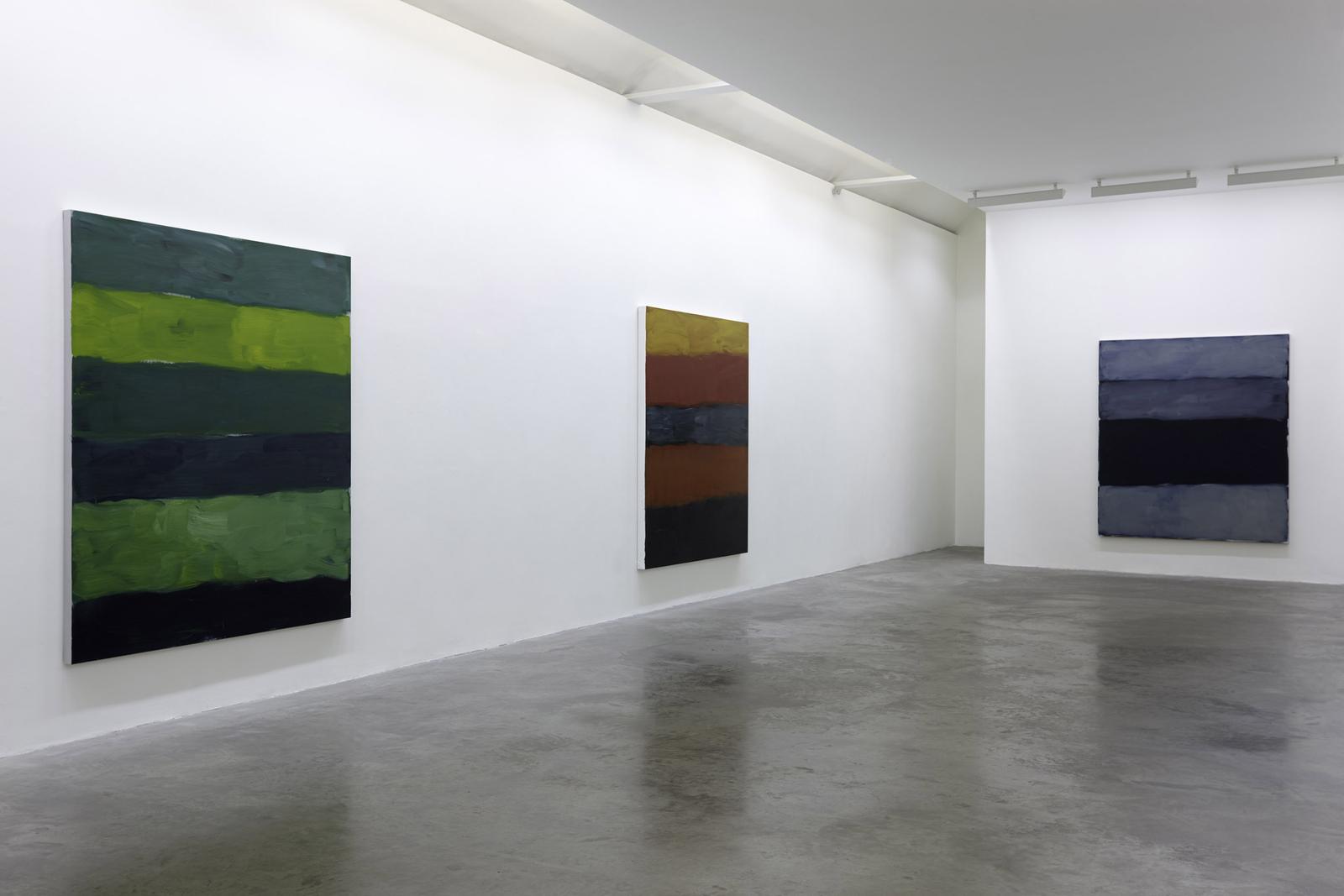 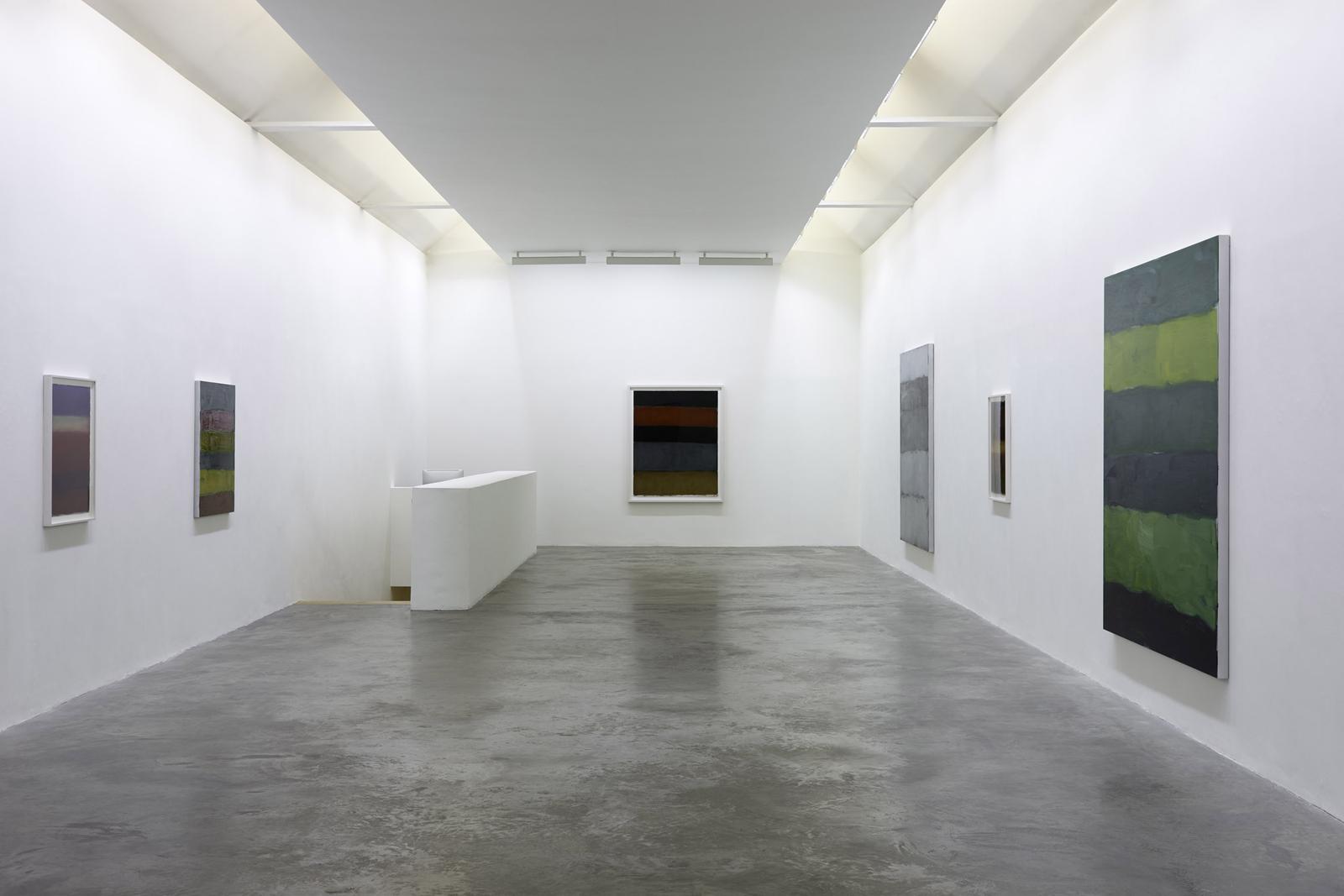 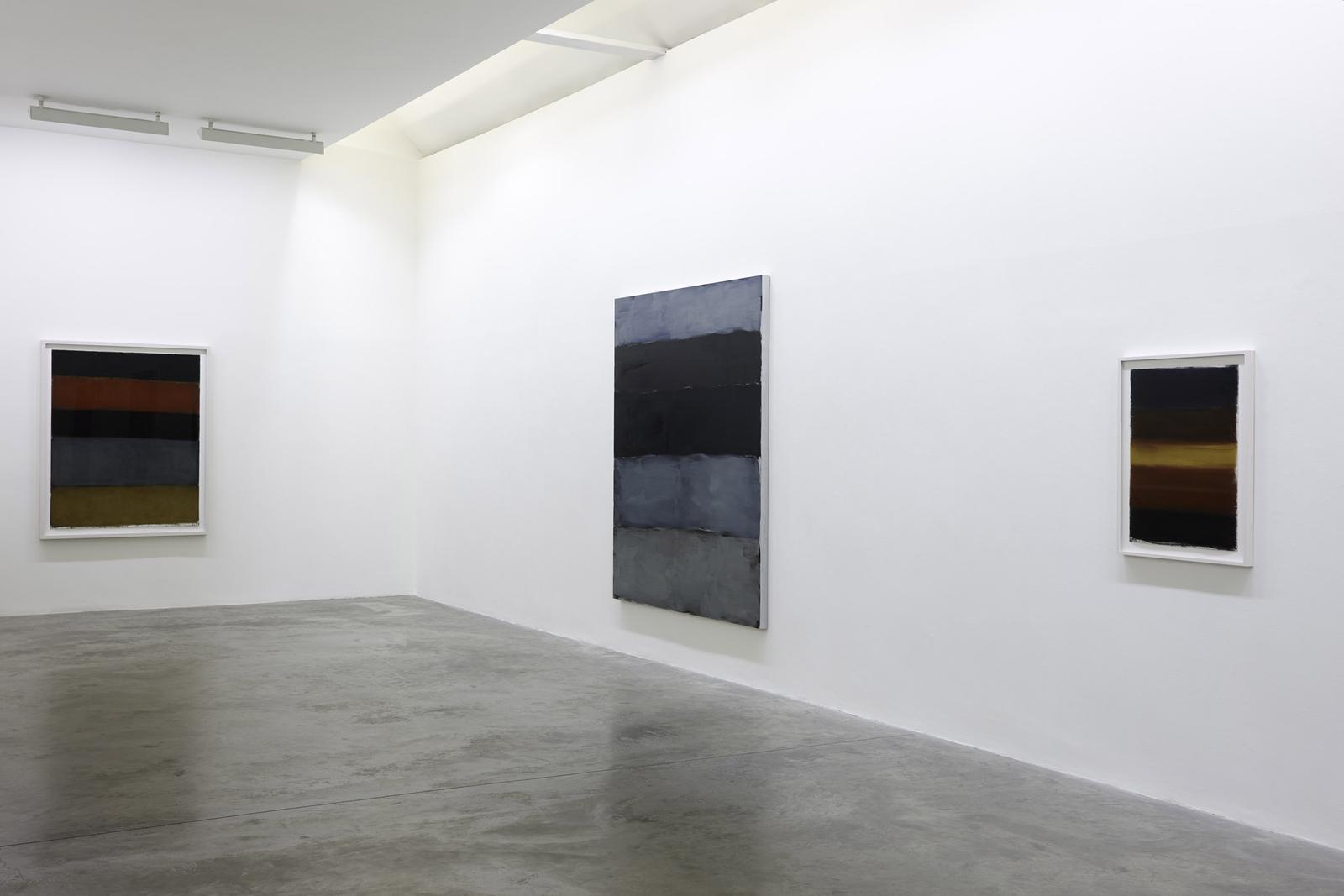 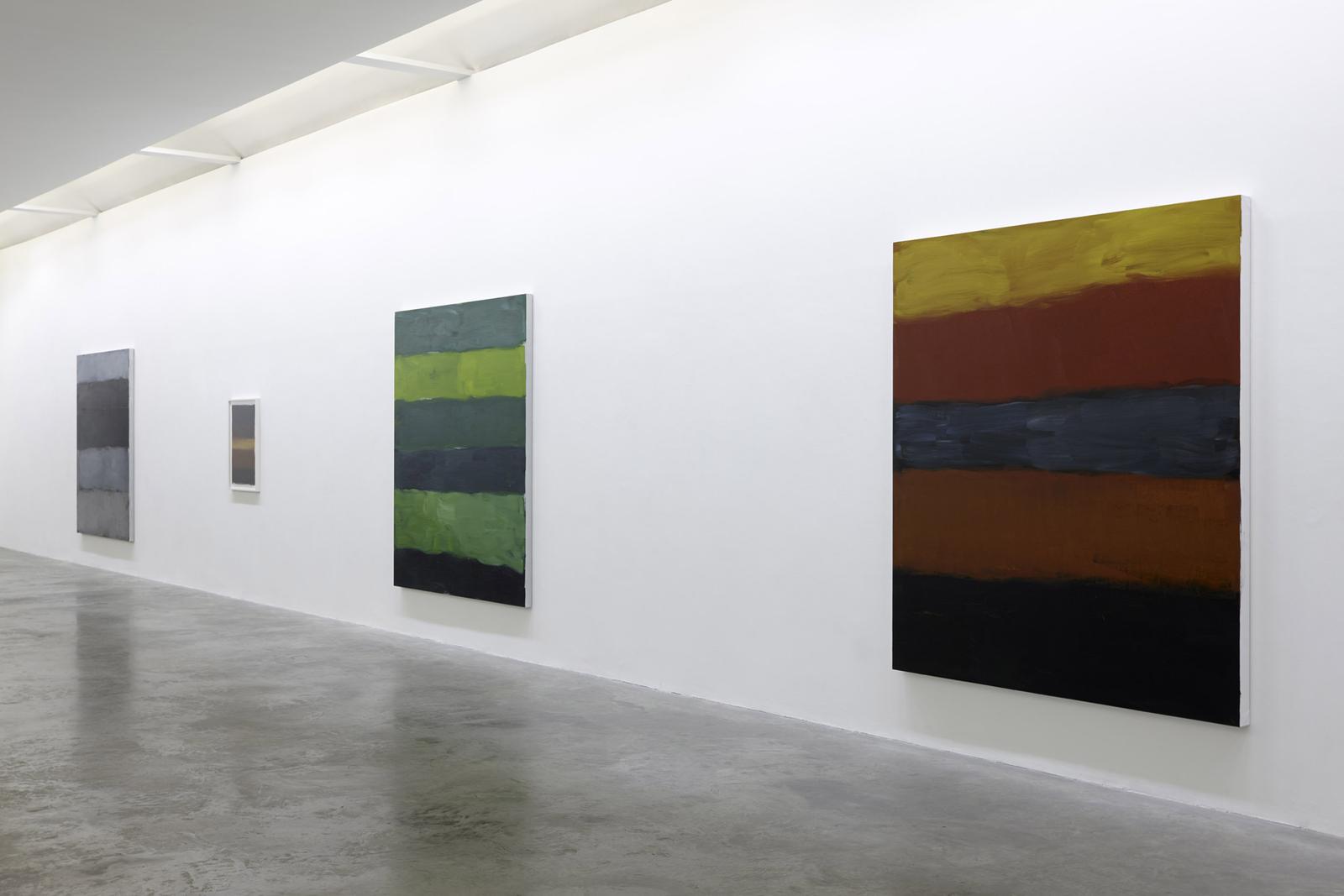 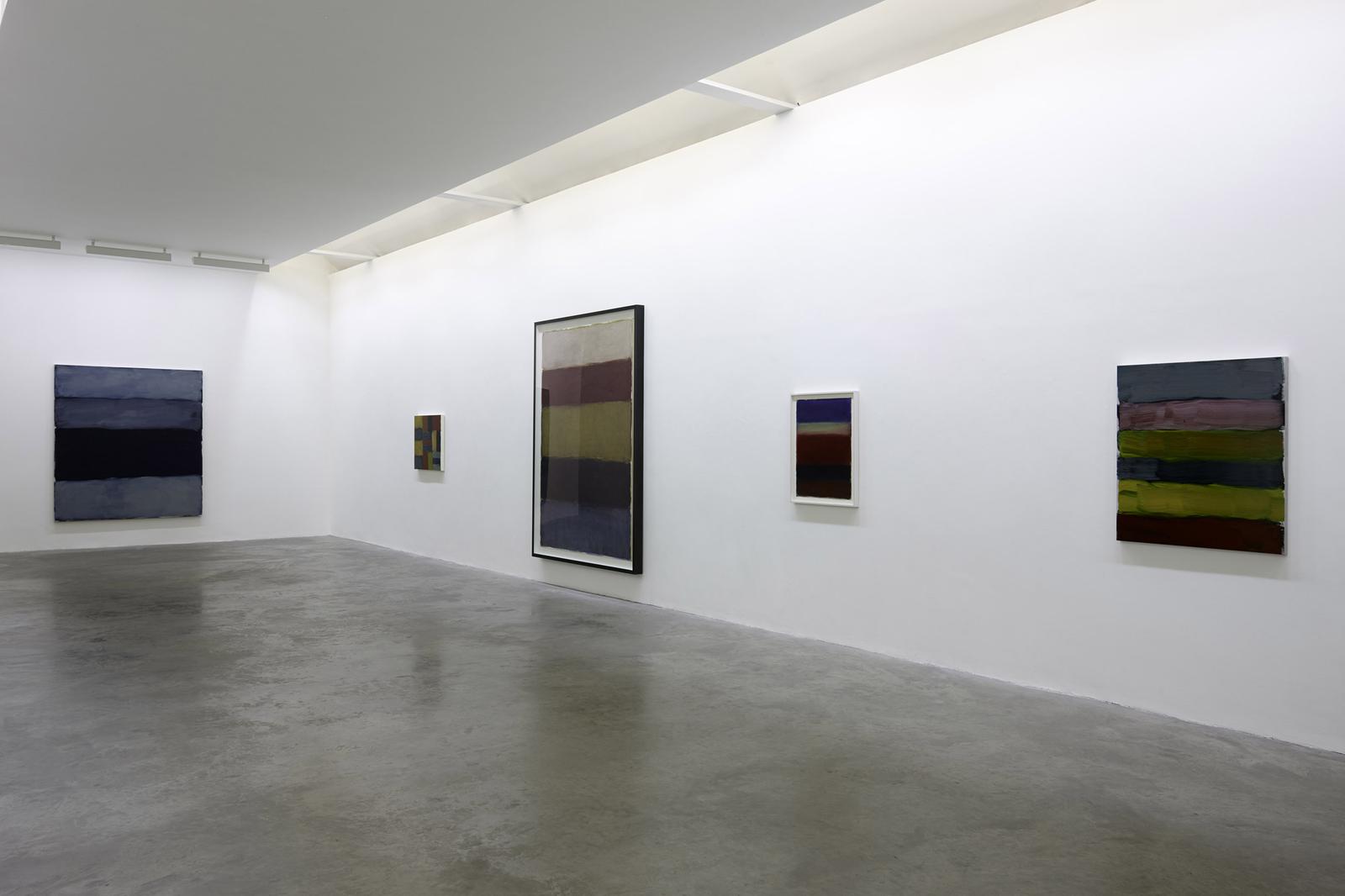 Sean Scully
Home
Kerlin Gallery
25th June - 29th August 2015
Kerlin Gallery is pleased to present Home, an exhibition of new work by Sean Scully.
This exhibition comprises of major new paintings and pastels from Sean Scully’s recent ‘Landline’ series.
The Landline series makes reference to the edge of land. Scully has removed almost all vertical forms from the works to create, in his own words, “a side-to-side motion”. The horizontal band becomes the central motif, mirroring land as it meets sea and air – but far from serene, the works capture movement and energy, showing an increased freedom of brushstroke. Scully’s loose horizontal bands mimic the repetitive yet wholly unpredictable rhythm of the sea, embracing its overlap, irregularity and discontinuousness.
Many of the works in this series are painted on aluminium, marking a relatively new development in Scully’s practice. Speaking of the material, he points out that “when one paints on it, it pushes back”. The relationship between Scully’s painted bands in the Landline series therefore becomes one not just of colour, texture and form, but of weight and density – the material qualities of air, water and land become evident in his work. Scully’s rhapsodic bands push back – not only against each other, but also the surface they are painted on.
For over a generation, Sean Scully has been considered one of the world’s leading abstract painters. Born in Dublin and raised in London, he now lives between New York and Germany. Scully’s work draws on the diverse historical and cultural influences of places that, at different times, have been profoundly important to him. He has taken inspiration from many cherished, varied elements of European culture (ranging from the harmonic ideals of ancient Greek architecture to the vernacular design of stone walls in rural Ireland) as well as Islamic art, architecture and history. Scully has also successfully responded to – and built on – the legacy of abstraction in the United States. His commanding, internationally recognisable style of abstract art combines considerable painterly drama with great visual delicacy. It is an art of tremendous vigour: Scully is a forceful, physical artist, who creates intentionally monumental spaces. But it is also an art of acute concentration and care. His work involves an ongoing negotiation between the monumental and the intimate.
Sean Scully’s solo exhibitions in 2015 include Follow The Heart, Shanghai Himalayas Art Museum, Shanghai, traveling to the CAFA Museum, Beijing; Sean Scully 1974-2015, Pinacoteca do Estado, São Paulo; Carinthia, Museum Liaunig, Austria; Land Sea, Palazzo Falier, Venice Biennale; Figure-Abstract, Kunsthalle Rostock, Germany, traveling to Crawford Art Gallery, Cork, and an exhibition in the Romanesque chapel Santa Cecília de Montserrat, Barcelona. On May 12, he became the first living artist to have a major solo exhibition at the National Gallery of Ireland, and on July 4, he will open an exciting new temporary exhibition programme at the Château La Coste, Aix-en-Provence, France, with his solo exhibition Different Places.
Scully is represented in many of the leading public and private art collections worldwide, including amongst others, the Metropolitan Museum of Art, the Museum of Modern Art and the Guggenheim Museum in New York; the Modern Art Museum of Fort Worth, Texas; the National Gallery, Washington; the Tate Gallery in London; the Irish Museum of Modern Art and Dublin City Gallery The Hugh Lane in Dublin; Kunstsammlung Nordrhein-Westfalen, Düsseldorf; the Neue Pinakothek, Munich; the Reina Sofía, Madrid.
For further information, please contact John Kennedy +3531 670 9093 | jken@kerlin.ie.