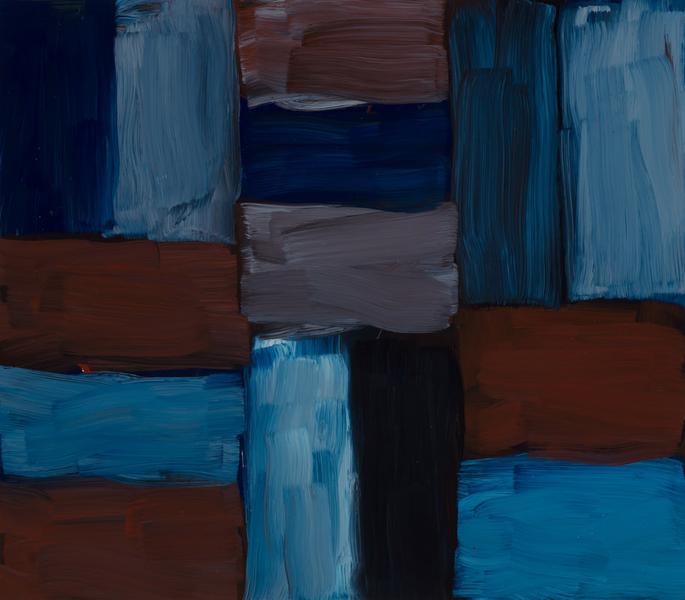 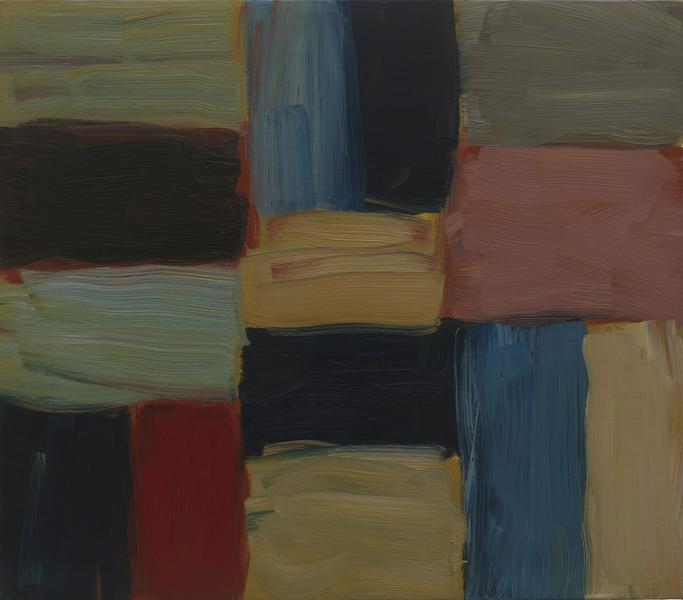 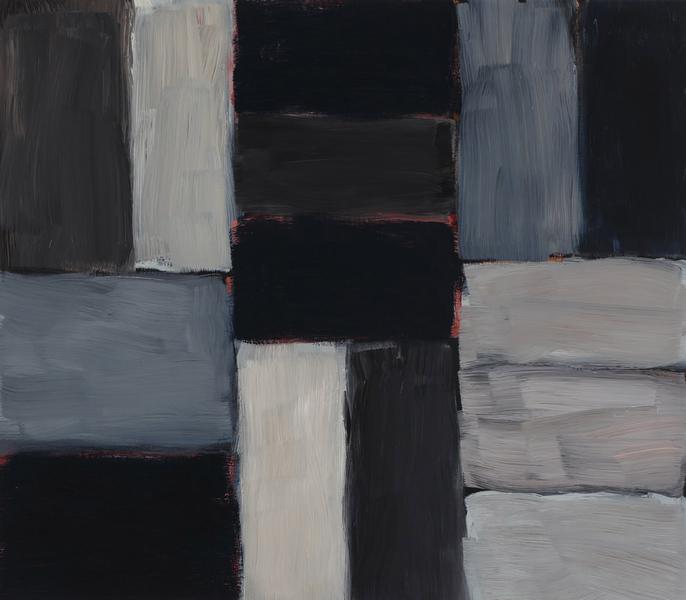 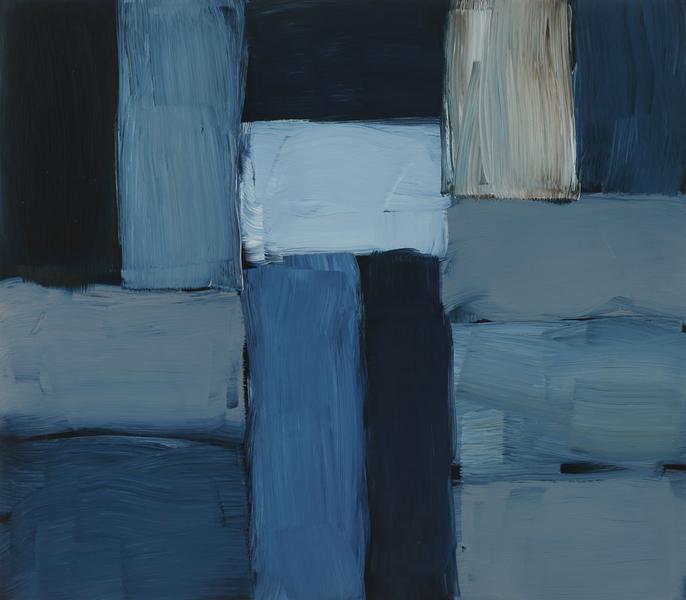 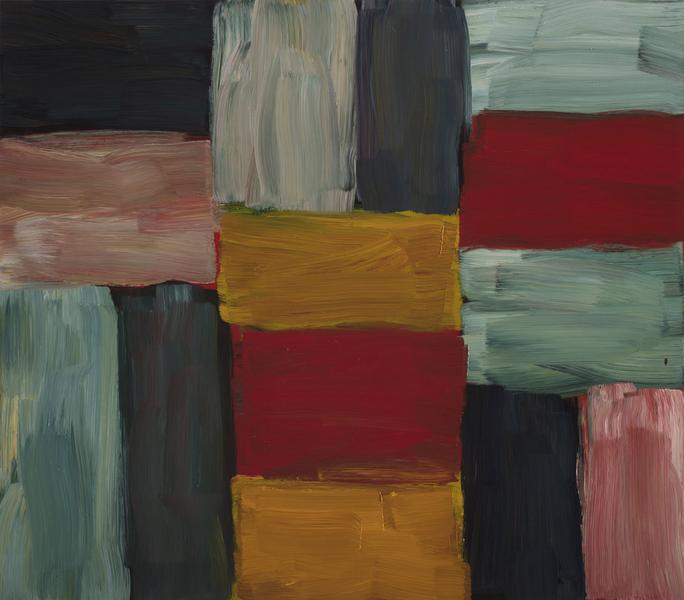 The Edward Hopper House is pleased to present Sean Scully: No Words from March 9 through May 27, 2018. Scully is renowned for his paintings featuring different colored stripes of thickly applied oil paint. Though abstract, his imagery is derived from the natural world and is rife with metaphoric meaning.

The works to be displayed in this exhibition are from the ”Doric” series. Scully has said that the series is a love letter to Greece: “I wanted to celebrate what Greece had given us, to humanity, and tried to make an architectural metaphor, in which I tried to include, in a sense, the history of romantic painting. For the Doric paintings I tried to show something that was based on order and classicism.” While the series pays homage to Greece and its classical architecture, many of the works were created in Scully’s studio in Tappan, New York -- not far from the Nyack of Edward Hopper’s formative years —and it is the local environment and his emotions on a given day that Scully responds to when creating the paintings. Edward Hopper, too, drew inspiration from the distinct light and mood of his Hudson Valley locale.

One of the distinctive qualities of Scully’s work is the painterly, tactile surface combined with a somewhat minimalist, hard-edged composition. The broad brushstrokes and thickly applied paint, even on these relatively intimate canvases, reveal Scully’s idea of the “artist as a builder, an artisan, in that sense of modesty that this profession implies…The 'Doric' series refers to architecture and has a connection to stone." While the work is imbued with meaning and metaphor, Scully considers it “pre-verbal, or let’s say nonverbal.” His concern is connecting to humanity on an unconscious level, where descriptive language would not convey all the meaning within the work. Hopper once said, “If you could say it in words there’d be no reason to paint.” Likewise, for Scully words and explanations are limiting in describing specific works. Rather, the viewer is responsible for engaging his or her own imagination to find meaning.

Sean Scully is renowned globally as the master of Post-Minimalist Abstraction. He has been twice shortlisted for the Turner Prize and his work is in the collection of virtually every major museum around the world. In 2014, he became the only Western artist to have had a career-length retrospective exhibition in China (Follow the Heart: The Art of Sean Scully 1964 - 2014 included over 100 paintings and traveled from Shanghai to Beijing). In 2018 Scully will continue to have major solo exhibitions around the world, including the Multimedia Art Museum of Moscow, the State Museum of St Petersburg, Russia, the Staatliche Kunsthalle Karlsruhe, Germany, the De Pont Museum of Contemporary Art in Tilburg, Netherlands, and the Hirshhorn Museum and Sculpture Garden in Washington DC, USA, among others.

Born in Ireland, and raised in the UK, Scully left studied art at Croydon College in 1965 and then Newcastle University in 1968, where he then received a fellowship that brought him to Harvard University in 1973. He moved permanently to the US in 1975 and became an American citizen in 1983. He has taught and lectured at major universities and Museums worldwide, including Princeton, Parsons School of Art, Harvard and Oxford University. From 2002-2007 Scully was Professor of painting at the Akademie der Bildenden Künste, Munich, Germany. Now in his Seventies, Scully lives and works in New York, with studios in Chelsea and Tappan, as well as Berlin and in Bavaria, Germany.


ART TALK AT NYACK LIBRARY
Saturday, April 28, 2:00p
Sean Scully is renowned globally as the master of Post-Minimalist Abstraction. He has taught and lectured at major universities and Museums worldwide, including Princeton, Parsons School of Art, Harvard and Oxford University, and from 2002-2007 was Professor of Painting at the Art Academy in Munich, Germany. Now a resident of Rockland County since 2015, with his main studio in Tappan, Scully is providing Nyack locals a glimpse into his work with a jewel of an exhibition at the Hopper House. An inspirational and humorous public speaker whose breadth of knowledge spans art history and philosophy with ease, the opportunity to hear Scully talk about his life and work at the Nyack Library on April 28th is one not to be missed.